Raphael Bonhomme had never even heard of it until he transferred to Howard University. And now he’s teaching it to third graders.

Raphael Bonhomme had never even heard of it until he transferred to Howard University. And now he’s teaching it to third graders.

The Juneteenth holiday is new to a lot of people, since it’s long been considered a “Black” celebration and largely confined to Texas. But as more and more of our collective history begins to surface — after centuries of neglect — Americans everywhere are finally recognizing that Juneteenth, celebrated as the milestone day the news of emancipation reached enslaved people in Texas, is an important touchstone of liberation. It also provides inspiration to continue to fight for equity and freedom for everyone.

Many educators — like Bonhomme — are working to ensure a new generation of children will know as much about Juneteenth as they know about July 4. The celebration is often called a “jubilee,” because the news of emancipation led to jubilation for the hundreds of thousands of people for whom it meant long-awaited freedom from chattel slavery — when they were “owned” by other human beings for the sake of forced labor.

Here are the basics: June 19 — “Juneteenth,” a combination of “June” and “19th” — commemorates the day in 1865 that people in Galveston, Texas learned enslaved people had been freed, first by the Emancipation Proclamation 2 1/2 years earlier, and then by the Confederacy’s surrender two months before the news reached them.

News traveled slowly back then.

Fast forward to 2021, and what began as a Texas tradition of remembrance, with festive picnics, fancy costumes and parades, has spread across the country. As Black people moved away from the South during the Great Migration, trying to escape another kind of oppression — Jim Crow — they brought Juneteenth traditions with them. And today, a renewed interest in and commitment to these lost bits of what was once called Black history (but is, in reality, American history) has spread the word even further.

Bringing it home for third graders

Bonhomme’s school, School Within School at Goding, is located in the Capitol Hill neighborhood of Washington, D.C., once a majority-Black city. A group of teachers called the IDEA team — for inclusion, diversity, equity and antiracism — organizes activities around many cultural touchstones, including Hispanic Heritage Month and Black History Month, so this month they’ve been planning lessons for Juneteenth.

For Bonhomme, the key is to stoke the students’ imagination and get them involved on a personal level. He’ll show them images of slavery in Texas, or pictures of the earliest Juneteenth celebrations, and “get them curious,” using a thinking exercise from Harvard Project Zero that allows students to fill in the blanks: “I notice _____” and “I wonder _____.” They might notice that, in vintage photographs, the enslaved people are wearing long skirts and heavy coats in summer, or wonder why, during the celebrations, they ride horse-drawn wagons festooned with flowers.

Another Harvard Project Zero thinking routine Bonhomme often uses is called Step Inside: He asks his students to choose a person or object in the photo and put themselves in the shoes of that person or object. He provides assorted pictures, so students have choices when selecting their subjects. Then, stepping into the role of that person or object, they ask themselves: How do I perceive the world? What is my experience? What do I care about? They share their work and compliment each other as they go.

These are third graders, and their lens on the world is fresh, frank and sometimes funny: “If I were a street I would care about dogs pooping on me.” “If I were a tree I would care about people trying to chop me down.” When Bonhomme taught about the Tulsa Race Massacre, some students imagined being the burning buildings on what was known as Black Wall Street, destroyed by a mob of white people. Others imagined they were Black residents fleeing their homes in disarray. Putting themselves in the picture teaches them empathy and brings them to a deeper understanding of that moment in history.

Bonhomme also uses stories to teach: He shared the picture book, Unspeakable, The Tulsa Race Massacre and had students listen to an interview with Viola Fletcher, one of the last survivors of the race massacre, for his unit on Tulsa. His math lessons incorporated bar graphs to show how many barber shops, grocery stores, butcher shops and ice cream parlors were destroyed. He’ll craft similar exercises for Juneteenth, and have the students create memorials and monuments to mark the day.

Teaching this forgotten history is important, says Bonhomme. “With big pieces missing, you think that African Americans didn’t achieve much in America. Or that the plight of African Americans in the present day just comes from nowhere. But if they had been treated fairly hundreds of years ago, then today would look much different.” Juneteenth is part of that history, along with so much more.

When he taught them about Mary McCleod Bethune, the renowned education and civil rights figure memorialized by a statue near their school, he told them she was chased down by the Ku Klux Klan. “What’s the Ku Klux Klan?” the students asked.

“How do you explain it on an age-appropriate level and not lie to them?” Bonhomme asks. He wound up describing “an organization of white men who thought they were superior to other people and who did a lot of hateful things.” When the children asked how the police could allow such a thing to happen to Bethune, he explained that many KKK members had relationships with police officers, and he likened their complicity to when your brother does something, and you decide not to tattle.

The children understood — but their conclusion? “That’s messed up.” Bonhomme says their biggest takeaway still centered on Bethune: The children realized, “Wow, this woman’s life was being threatened, and she continued to do great work and educate people.”

His students have also been impressed by what they learned during Asian American and Pacific Islander Heritage Month about the Chinese transcontinental railroad workers. Using images of their wages and photos of the completed railway to make the lesson come alive, Bonhomme showed them how these workers were never in the triumphant photos of the completion of the railway — even though they were central to the project and were paid far less than other workers on the line.

“Who is telling the story, and whose story is missing, is very important,” says Bonhomme.

Is this critical race theory?

Bonhomme believes the historic mistreatment of certain people and the opportunities they were denied are directly connected to people’s lives today — and the lack of generational wealth and the limited access to home ownership, higher education and well-paying jobs. “It’s a domino effect,” he says. And while he does not teach critical race theory per se — the idea that historic and systemic racism has shaped public policy and American life — he gives his students the history they need to draw their own conclusions. “I provide narratives of history through multiple perspectives, showing who benefited and who suffered, and we have discussions that allow students to draw their own conclusions in the moment — and to create social change for the future.”

After all, these students might become future policymakers. “One of these kids will one day change how education is accomplished,” says Bonhomme. “If we don’t teach them this history, then that positive change is less likely to happen.” 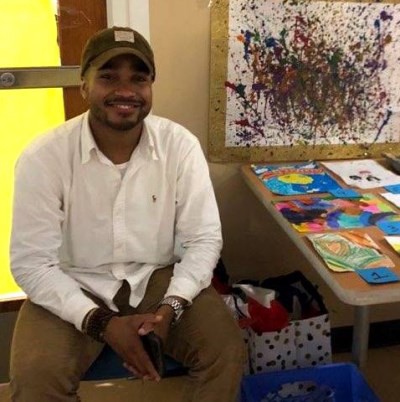 Raphael Bonhomme is a third grade teacher at School Within School at Goding in Washington, D.C., and a member of the Washington Teachers Union. This article was compiled by AFT communications specialist Virginia Myers.