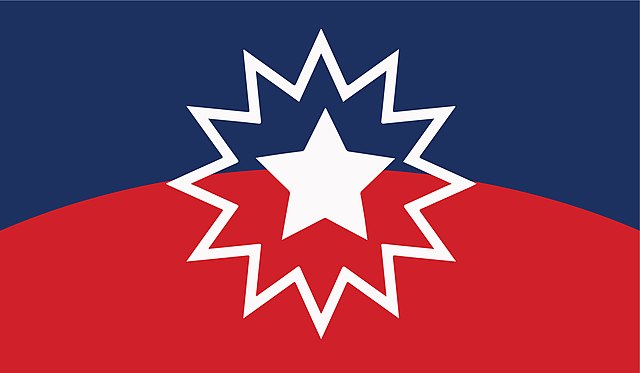 An example of the Juneteenth flag.

Teaching Juneteenth in Our Classrooms

We continue as a company to reflect on how we can better support educators in teaching about social justice in their classrooms and including diverse perspectives all year long. For Listenwise stories that are relevant to the Black experience in America, check out our blog posts on “Teaching about George Floyd, Breonna Taylor, Ahmaud Arbery, and Why Black Lives Matter” and “Stories of Black History.” For some instructional strategies, check out our webinar on how to use our podcasts to bring SEL & diverse voices into the classroom.

Our goal is to continue to share high-quality stories from reliable sources and empower educators to fill in gaps in the curriculum and incorporate a multitude of perspectives and voices, including those of students.

June 19th, also known as Juneteenth, has long been celebrated in African-American communities. The holiday commemorates a history that has been marginalized and still remains largely unknown to the wider public. The day is also sometimes called “Juneteenth Independence Day,” “Freedom Day,” or “Emancipation Day.” On June 19, 1865, two and a half years after the Emancipation Proclamation was signed, federal troops arrived in Galveston, Texas to take control of the state and ensure that all enslaved people were freed. Juneteenth commemorates that important event. A 2018 Vox article titled “Why celebrating Juneteenth is more important now than ever,” explains that the holiday represents “how freedom and justice in the U.S. has always been delayed for Black people.”

On January 1, 1980, Juneteenth became an official state holiday in Texas through the efforts of Al Edwards, an African-American state legislator. The successful passage of this bill marked Juneteenth as the first emancipation celebration granted official state recognition. Edwards has since actively sought to spread the observance of Juneteenth all across America. A staff writer at The Atlantic eloquently captured the significance of the day:

Our podcast lesson on Juneteenth, Tulsa, and Teaching History discusses why so many Americans are unaware of the significance of the holiday. To learn more about teaching Juneteenth from a primary source, listen to an interview with Laura Smalley, a Texas woman born into slavery and freed when federal troops came to Galveston. Many people have tried to increase national recognition of Juneteenth. In 2017, 90-year-old Opal Lee walked around the country in order to raise awareness and urge the U.S. government to recognize Juneteenth as a holiday.

We encourage educators to learn more about this historic day and consider ways to incorporate it into the curriculum. Culturally responsive teaching and inclusion of diverse perspectives and multicultural resources in the curriculum are important for all students, not just students of color. It is important to teach Black history year-round, and not only the injustices, but also the resilience, the victories, and the many cultural and societal contributions of African Americans to the United States and the world.

Republished with permission from Listenwise.

How to Access: Premium access is now available for free while schools are closed for COVID-19. Teach with podcasts covering a variety of topics. Each podcast includes a listening comprehension quiz.

Listenwise (formerly Listen Current) makes it easy to bring current events, authentic voices and engaging non-fiction stories to the classroom. Listenwise curates the best of public radio to keep teaching connected to the real world and build student listening skills at the same time. Non-fiction storytelling works for science, social students and ELA. The curated public radio stories are carefully chosen for relevance to your curriculum and relevance to your students. We offer robust lesson plans to go with the public radio that are Common Core from the ground up. Our in-depth lesson plans include a listening guide, vocabulary, class activities and additional resources. Listenwise Premium gives you the power to assign students logins and create custom online assignments for your class. Premium also provides enhanced language support with our interactive transcripts.