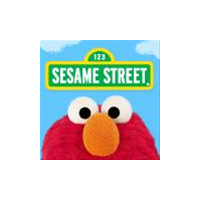 Sesame Street began in 1969 as a simple yet revolutionary idea to use television to help kids learn. More than four decades later, Sesame Street is the longest street in the world, stretching across 150+ countries and all kinds of media, from books to radio to mobile devices. Led by its famously furry cast, the show addresses a wide spectrum of children's learning ABCs and 123s, health, mutual understanding, and more with an approach that's brilliantly adaptable to local cultures and educational needs. It is a production of Sesame Workshop, a nonprofit educational organization making a meaningful difference in the lives of children worldwide by developing innovative and engaging educational content delivered in a variety of ways -- including television, radio, books, magazines, interactive media, and community outreach.