Affective: Students will be able to demonstrate an understanding of orcas as individuals and why it’s cruel to keep them in captivity.

Cognitive: Students will be able to make inferences by linking details in a text to their prior knowledge.

Free-roaming orcas live in large, complex social groups and swim vast distances every day in the open ocean. In captivity, these animals can only swim in endless circles in tanks that are the equivalent size of bathtubs for humans, and they’re denied the opportunity to engage in almost any natural type of behavior. They’re forced to perform meaningless tricks, and many are torn away from family members when they’re shuffled between parks or abducted from their ocean homes. While free-roaming male orcas live an average of 30 years and up to 60 and females an average of 50 and up to more than 100, 41 orcas have died on SeaWorld’s watch—at an average age of only 14. Not one has reached the maximum life expectancy of the species in nature.

Captivity: the state of being held, imprisoned, enslaved, or confined

Pod: a group of dolphins or whales

Seaside sanctuary: a protected coastal location where cetaceans (porpoises, dolphins, and whales) can be rehabilitated or can live permanently in an ocean environment that maximizes well-being and independence and is as close as possible to their natural habitat

Show students the "Orcas Swim 140 Miles Per Day" collage.  It shows a photo of orcas in their natural habitat and a photo of an orca in captivity. Write the following critical-thinking instructions and questions on the board and have students discuss them in small groups. Then, have each group share its responses with the whole class.

Tell the students that many people don’t realize what life is like for orcas in captivity, because they don’t fully understand an orca’s needs and they don’t see what happens behind the scenes at marine parks. Then, ask the students the following questions:

Ask students what an inference is and discuss the definition as a class. (An inference is a new idea formed by combining clues from a text or visual aid with what you already know.)

Explain that making inferences helps us understand information that isn’t directly stated. Discuss the necessary steps for inferring, such as looking for important textual and/or visual details (clues) and considering what you already know about the topic (prior knowledge). Use the clues and your prior knowledge to decide what the author of the work is telling you indirectly.

Model the process of inferring by displaying the “Milk Is Weird” PETA Kids advertisement. Make a chart-size version of the inferencing graphic organizer and discuss inferences that could be made about the visual images in the ad using the organizer. Think aloud: “What do I think PETA Kids wants us to do? What makes me think so?”

Here’s an example of what one could infer.

Model how to include the pertinent information on the chart-size graphic organizer.

Ask students, “How do you think mother cows feel when they’re unable to provide their calves with milk—even though it’s specifically made to help their calves grow and be healthy—because it’s taken away from them and used by humans? What makes you think that?” (Examples: They may feel sad, angry, and depressed. Just like human mothers, cows have strong bonds with their babies and want to take good care of them—which includes giving them their milk.)

Turn and Talk: Explain that orca aggression toward humans and other orcas is nearly non-existent in nature. But there are many documented incidents in which captive orcas have injured or even killed SeaWorld trainers. Ask students, “Why do you think orcas in captivity lash out and hurt humans?” Discuss the responses as a class. (Possible response: They experience stress in captivity from being confined and frustration from being separated from their family pod. So they probably lash out because they’re angry about being held in captivity against their will.)

Tell students that it’s too late for Tilikum, but we can help the other animals who are still trapped at SeaWorld and other marine parks. Explain that every dollar spent on tickets to marine parks and other places that hold animals captive contributes to animals’ misery.

Then, share the story of Corky, the oldest orca in captivity. Show students the video “Corky’s Sad Story.”

Ask students to imagine that they’re an orca like Corky. Have them fold poster paper in half. Then, have them draw a picture of what they imagine that their life would be like in an ocean habitat (on one side) vs. in a marine park (on the other side). Have them write a caption beneath each picture.

Ask students, “Do you think it’s OK to go to SeaWorld or other marine parks? Why or why not?” Discuss the responses as a class.

Have students share posters and discuss what they can do to help orcas like Corky (e.g., not visit marine parks, zoos, or aquariums that keep ocean animals in captivity). Tell students that SeaWorld stopped breeding orcas (so the current generation of orcas held captive at its parks will be the last) only after it was put under pressure from people who care about animals—showing that when people speak up, they can make a difference.

Evaluate student writing for inferences that include textual evidence and use of prior knowledge. Evaluate posters for concepts of life in the wild vs. life in a marine park.

Aquariums and marine-mammal theme parks such as SeaWorld, the Miami Seaquarium, and Canada’s Marineland are part of a billion-dollar industry that teaches people that it’s acceptable to imprison animals, deprive them of freedom of movement, forbid them the chance to establish natural territory and explore, breed and group them as we—not they—please, and watch them go insane from frustration and loneliness. The only thing that people learn from visiting a marine park is how miserable life is for the animals confined there. Children who visit these parks see mere shadows of animals, defeated beings who can’t engage in natural types of behavior or live as nature intended.

Read closely to determine what the text says explicitly and to make logical inferences from it; cite specific textual evidence when writing or speaking to support conclusions drawn from the text.
Read More About CCSS.ELA-Literacy.CCRA.R.1

Prepare for and participate effectively in a range of conversations and collaborations with diverse partners, building on others’ ideas and expressing their own clearly and persuasively.
Read More About CCSS.ELA-Literacy.CCRA.SL.1

Ask questions to check understanding of information presented, stay on topic, and link their comments to the remarks of others.
Read More About CCSS.ELA-Literacy.SL.3.1.c

Pose and respond to specific questions to clarify or follow up on information, and make comments that contribute to the discussion and link to the remarks of others.
Read More About CCSS.ELA-Literacy.SL.4.1.c

Pose and respond to specific questions by making comments that contribute to the discussion and elaborate on the remarks of others.
Read More About CCSS.ELA-Literacy.SL.5.1.c

Ask and answer questions to demonstrate understanding of a text, referring explicitly to the text as the basis for the answers.
Read More About CCSS.ELA-Literacy.RI.3.1

Refer to details and examples in a text when explaining what the text says explicitly and when drawing inferences from the text.
Read More About CCSS.ELA-Literacy.RI.4.1

Quote accurately from a text when explaining what the text says explicitly and when drawing inferences from the text.
Read More About CCSS.ELA-Literacy.RI.5.1

Review the key ideas expressed and explain their own ideas and understanding in light of the discussion.
Read More About CCSS.ELA-Literacy.SL.4.1.d

Review the key ideas expressed and draw conclusions in light of information and knowledge gained from the discussions.
Read More About CCSS.ELA-Literacy.SL.5.1.d

Explain their own ideas and understanding in light of the discussion.
Read More About CCSS.ELA-Literacy.SL.3.1.d 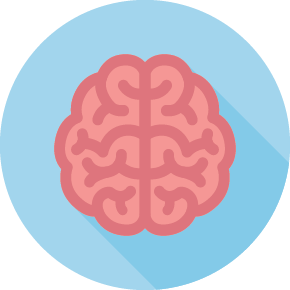 Not Just Part of the Flock!