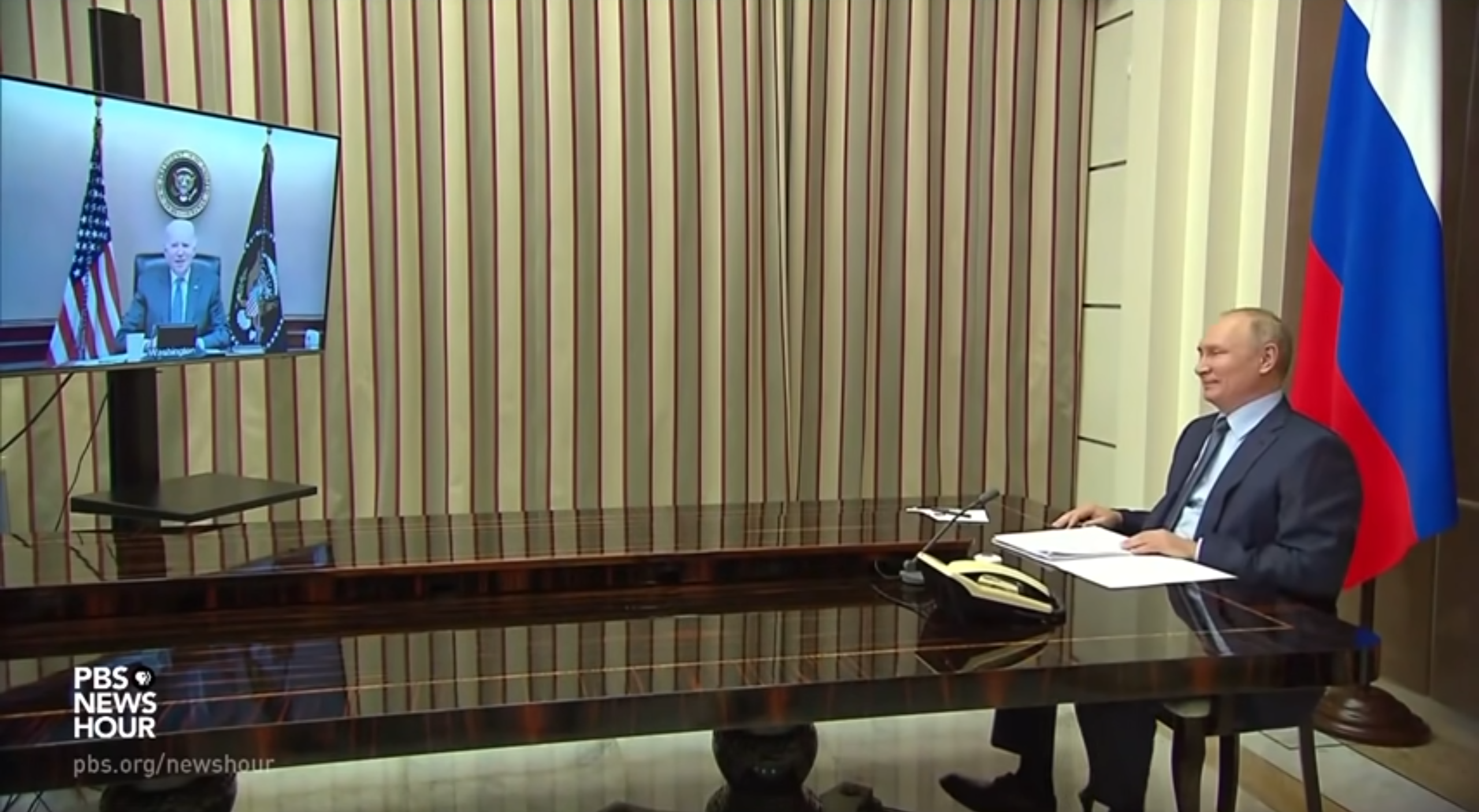 Ask students: What were some of the responses President Biden warned of if Russia invades Ukraine? Where do Russian backed separatists already control part of Ukraine?

President Joe Biden’s video call with Russian President Vladimir Putin Tuesday was the fourth time the leaders have spoken or met this year. Russia now has more than 100,000 troops stationed on the border of Ukraine, and Biden gave Putin a “crystal clear” message, according to aides, that Russia faces significant economic reprisals if it were to invade. Nick Schifrin reports.

Is it clear from this piece why tensions are growing between Russia and Ukraine, as well as the U.S. and European involvement in those tensions? How do you think those tensions could be lowered?

At over 11 minutes long, this piece gets deeper into details of foreign policy and diplomacy than most NewsHour pieces. Do you think the level of detail was helpful or does this piece provide more detail than you needed to understand the conflict?