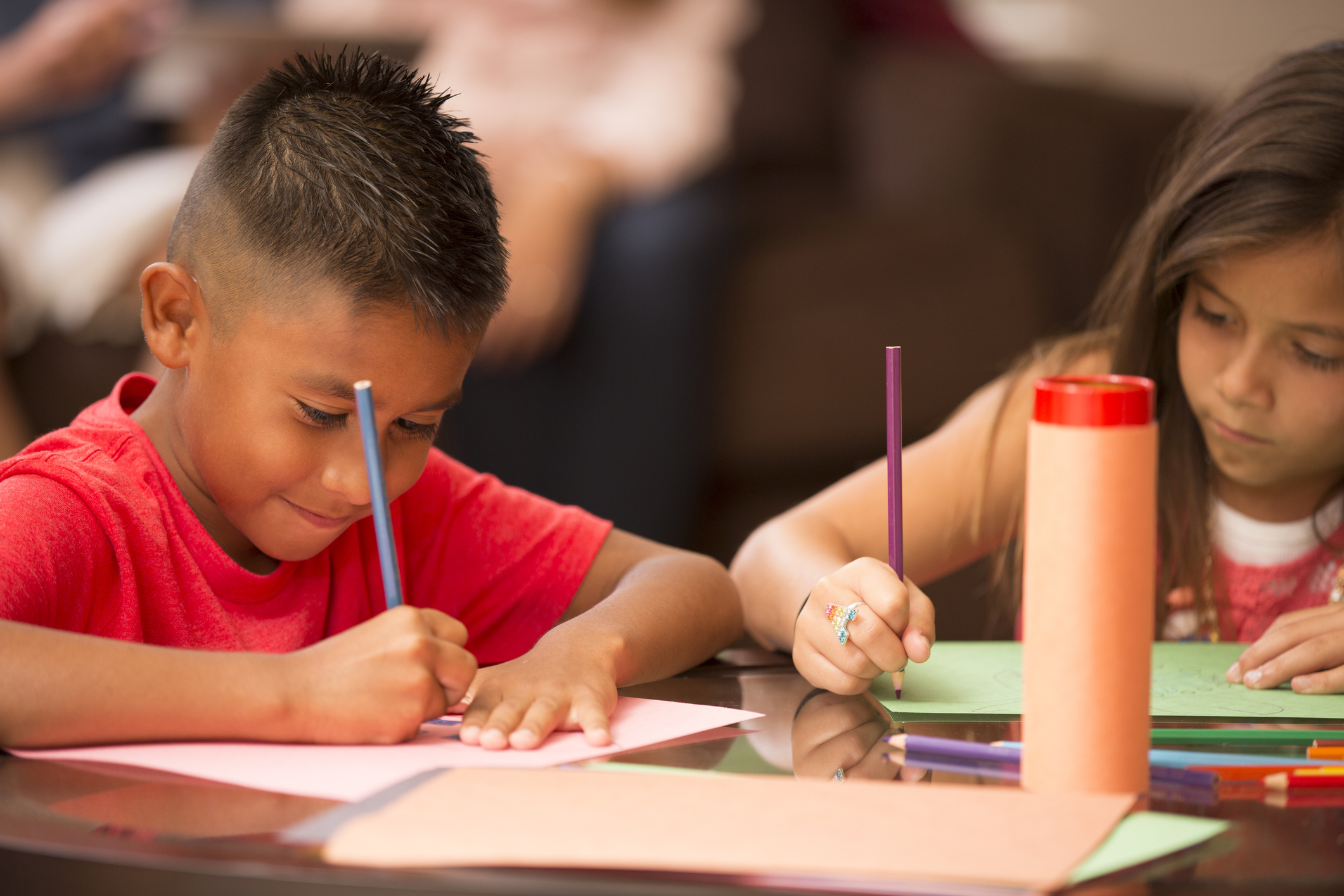 In recent days, there has been renewed interest in the Landmark 1982 Supreme Court case of Plyler v. Doe. The 5-4 decision found that the Equal Opportunity Clause of the 14th Amendment prohibited states from denying young people an education, regardless of their immigration status. This resource and teaching activities will help students understand the history of the Plyler case, including what was at stake at the time of the ruling. It also provides a structure to encourage reflection on the significance of the ruling for our time.

In 1975, the State of Texas enacted section 21.031 to the Texas Education Code withholding public school admission or charging school tuition for undocumented children. The Mexican American Legal Defense and Educational Fund (MALDEF), a Latino civil rights organization that filed a case challenging the code explains, “The landmark case, Plyler v. Doe, grew out of a 1977 attempt by the Tyler Independent School District in Texas to oust the children of undocumented workers—farmhands, for the most part—from the school system by imposing tuition of as much as $1,000 per student to attend what were for everyone else free public schools.”

In response, four undocumented students with the legal support of Peter Roos and Vilma Martinez from MALDEF filed a class-action lawsuit in a Texas court. To protect the identities of the children, the MALDEF legal team filed the lawsuit under the name “John Doe.” The legal information institute at Cornell Law School notes, “In some cases, John Doe pseudonym is used to protect plaintiff’s anonymity but more commonly John Doe preserves the plaintiff’s claim by standing in for an unknown defendant (i.e., fictitious defendant) while the plaintiff tries to determine the defendant’s actual name.”

The Library of Congress created a timeline that outlines the legal struggle the plaintiffs faced. After four years, the U.S. Supreme Court heard arguments in the case on Dec. 1, 1981. In a ruling issued a few months later, the court sided with the students and overruled the Texas Legislature. In a fact sheet, the American Immigration Council summarizes the legal stakes of the case:

In June 1982, the Supreme Court issued Plyler v. Doe, a landmark decision holding that states cannot constitutionally deny students a free public education on account of their immigration status. By a 5-4 vote, the court found that any resources which might be saved from excluding undocumented children from public schools were far outweighed by the harms imposed on society at large from denying them an education.

For more than 30 years, Plyler has ensured equal access to education for children regardless of status, but anti-immigrant sentiment continues to threaten that right. States and localities have passed measures and adopted unofficial policies that violate the spirit—if not the letter—of the court’s decision. For example, in 2011 the state of Alabama enacted a law requiring school administrators to determine the immigration status of newly enrolling students, which in turn resulted in markedly higher rates of absenteeism for Latino schoolchildren and caused much fear and confusion in schools. Supporters of the Alabama law wanted to challenge Plyler itself, claiming the court implied that its ruling could change if sufficient evidence established that the enrollment of undocumented children harmed the overall quality of education, but that challenge was blocked by the courts.

(a) The illegal aliens who are plaintiffs in these cases challenging the statute may claim the benefit of the Equal Protection Clause, which provides that no state shall “deny to any person within its jurisdiction the equal protection of the laws.” Whatever his status under the immigration laws, an alien is a “person” in any ordinary sense of that term. This court’s prior cases recognizing that illegal aliens are “persons” protected by the Due Process Clauses of the Fifth and 14th Amendments, which clauses do not include the phrase “within its jurisdiction,” cannot be distinguished on the asserted ground that persons who have entered the country illegally are not “within the jurisdiction” of a state even if they are present within its boundaries and subject to its laws. Nor do the logic and history of the 14th Amendment support such a construction. Instead, use of the phrase “within its jurisdiction” confirms the understanding that the 14th Amendment’s protection extends to anyone, citizen or stranger, who is subject to the laws of a state, and reaches into every corner of a state’s territory.

(b) The discrimination contained in the Texas statute cannot be considered rational unless it furthers some substantial goal of the state. Although undocumented resident aliens cannot be treated as a “suspect class,” and although education is not a “fundamental right,” so as to require the state to justify the statutory classification by showing that it serves a compelling governmental interest, nevertheless the Texas statute imposes a lifetime hardship on a discrete class of children not accountable for their disabling status. These children can neither affect their parents’ conduct nor their own undocumented status. The deprivation of public education is not like the deprivation of some other governmental benefit. Public education has a pivotal role in maintaining the fabric of our society and in sustaining our political and cultural heritage; the deprivation of education takes an inestimable toll on the social, economic, intellectual, and psychological well-being of the individual, and poses an obstacle to individual achievement. In determining the rationality of the Texas statute, its costs to the nation and to the innocent children may properly be considered.

(c ) The undocumented status of these children vel non does not establish a sufficient rational basis for denying them benefits that the state affords other residents. It is true that, when faced with an equal protection challenge respecting a state’s differential treatment of aliens, the courts must be attentive to congressional policy concerning aliens. But in the area of special constitutional sensitivity presented by these cases, and in the absence of any contrary indication fairly discernible in the legislative record, no national policy is perceived that might justify the state in denying these children an elementary education.

(d) Texas’ statutory classification cannot be sustained as furthering its interest in the “preservation of the state’s limited resources for the education of its lawful residents.” While the state might have an interest in mitigating potentially harsh economic effects from an influx of illegal immigrants, the Texas statute does not offer an effective method of dealing with the problem. Even assuming that the net impact of illegal aliens on the economy is negative, charging tuition to undocumented children constitutes an ineffectual attempt to stem the tide of illegal immigration, at least when compared with the alternative of prohibiting employment of illegal aliens. Nor is there any merit to the suggestion that undocumented children are appropriately singled out for exclusion because of the special burdens they impose on the state’s ability to provide high-quality public education. The record does not show that exclusion of undocumented children is likely to improve the overall quality of education in the state. Neither is there any merit to the claim that undocumented children are appropriately singled out because their unlawful presence within the United States renders them less likely than other children to remain within the state’s boundaries and to put their education to productive social or political use within the state.

This case speaks to several questions from the Re-Imagining Migration Learning Arc,  including:

You might use these questions to frame a class discussion about the ways that the issues in the court case speak to those questions.

Consider the risks taken by the plaintiffs in this case. What risks did they face?

As you read the opinion, what words stand out? Are there words that you find inspiring? Troubling? Interesting? Intriguing? You might use the see-feel-think-wonder thinking routine from Project Zero to structure a close read of the text.

Consider the significance of this ruling. Why do you think it is considered a landmark ruling? Another Project Zero thinking routine you might use to guide reflection is the Three Whys, which is designed to help sharpen habits of inquiry.

To learn more about the students and families who challenged the Texas law, read this piece from American Public Media.

Share My Lesson has free, tailored preK-12 resources to ensure your students leave your classroom equipped with a deeper knowledge of civics and government to think critically about today's toughest issues.