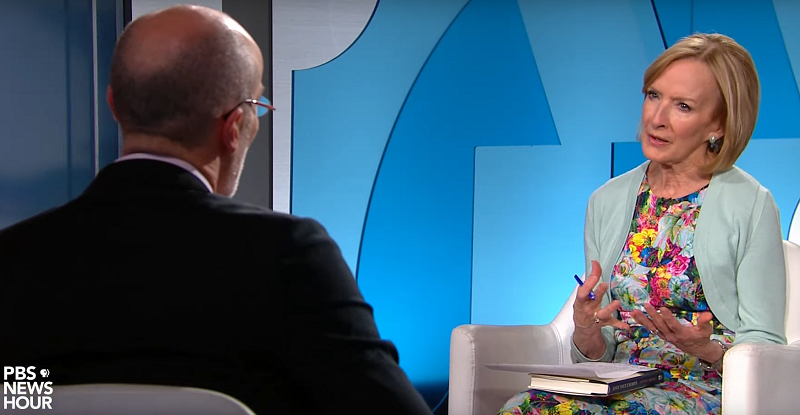 Super Civics 2020: How to get along with our political opposites

Read the summary, watch the video and answer the discussion questions below. You may want to turn on the “CC” (closed-captions) function and read along with the transcript here.

Over the last decade, and particularly since the 2016 election, political tensions and intolerance have increased, making unity and compromise more difficult to achieve. Arthur Brooks, former president of the American Enterprise Institute, a conservative think tank, analyzes this growing contempt between opposing political groups in his new book, “Love Your Enemies.” “People don’t just disagree with each other. They treat each other utterly dismissively as if somebody were worthless, if they disagreed with the other person,” says Brooks. He identifies the sources of this problem with political leaders, mainstream media, academia, and — most importantly — ourselves. “Love Your Enemies” points to better ways to respond to political disagreements — love, which Brooks argues, is the only way to effectively persuade someone to your side. Though difficult, Brooks says that fixing contempt in ourselves and in others is essential to promoting positive change.

1) Essential question: Why are more Americans struggling to approach opposing political opinions with civility instead of contempt? How can civics education help?

2) How can individuals have more productive political discussions even when they disagree with each other?

3) Consider a time when you had a political disagreement. How did you respond? How did you feel afterward? What do you think you could have done differently?

4) How do you think political contempt influenced voters in the 2016 election? How might these ideological divides impact the 2020 election?

5) Media literacy: How is political contempt displayed in the media? Compare news shows such as Fox News and CNN and the PBS NewsHour, or other news sites. How about lesser known news organizations? Do they take a different approach than the more mainstream news outlets? What are each of their biases? Do any of the news shows promote hostility towards the other side? Explain.

6) Media literacy: Take a look at the photo below. What do you see? Next, read the caption. Were your initial thoughts along the same lines as Cook’s? Do you think Cook’s approach encompasses what Brooks discussed in his interview? Explain.