Talk with your students about Aretha Franklin: They all know the Queen of Soul

Read the summary below, first. Then watch the video and answer the discussion questions. Teaching tip: To help students follow along easier, have them read the transcript here. To learn more about the life of Aretha Franklin, read this story hereand check back for updates in the coming days.

On Thursday, August 16, 2018 legendary singer Aretha Franklin, the ‘Queen of Soul,’ died of cancer at her home in Detroit, Michigan, at the age of 76. Over the course of a seven-decade music career, Franklin won 18 Grammy awards and had 17 top hits with songs like Respect, (You Make Me Feel Like) A Natural Woman and Say a Little Prayer. Franklin fought for civil rights throughout her life and was given an award by Martin Luther King in 1968. She sang at King’s funeral just two months later. In 1987, she became the first woman inducted into the Rock and Roll Hall of Fame. In November 2015, NewsHour’s Gwen Ifill (who passed away in November 2016) interviewed Franklin after an event at the National Portrait Gallery in Washington D.C. Franklin had just been awarded the “Portrait of a Nation” prize.

Answer the discussion questions as a class, in your journal or with a partner.

Reflect upon the images of Aretha Franklin through her many decades as a musician. Be sure to read the captions as well. 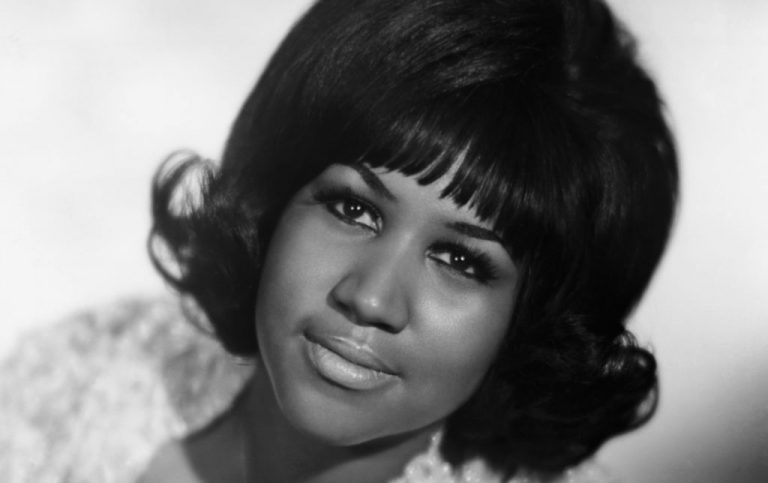 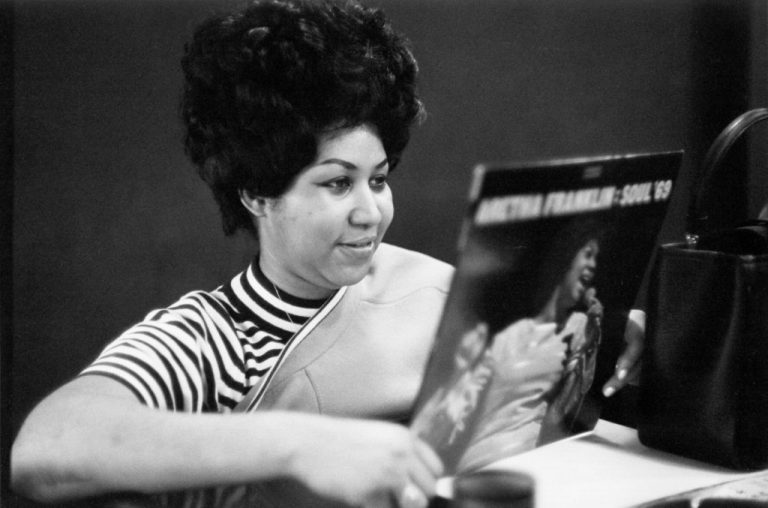 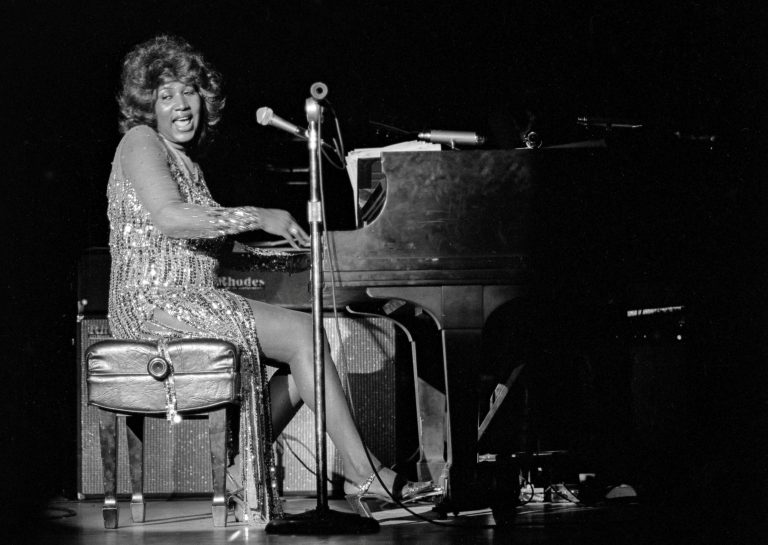 Aretha Franklin performs on the opening night of a run of shows at the Aladdin in Las Vegas, Nevada, June 21, 1978. Lee McDonald/Las Vegas News Bureau/Handout via REUTERS 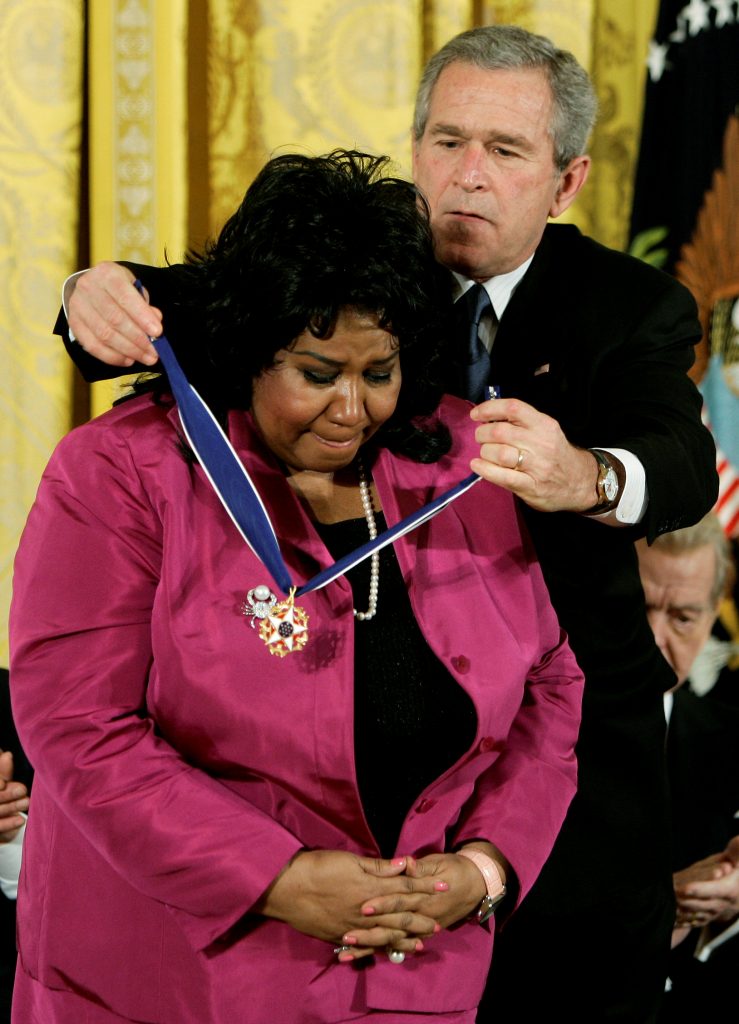 U.S. President George W. Bush presents his Presidential Medal of Freedom to soul legend Aretha Franklin at a ceremony in the East Room of the White House in Washington on November 9, 2005. REUTERS/Jason Reed 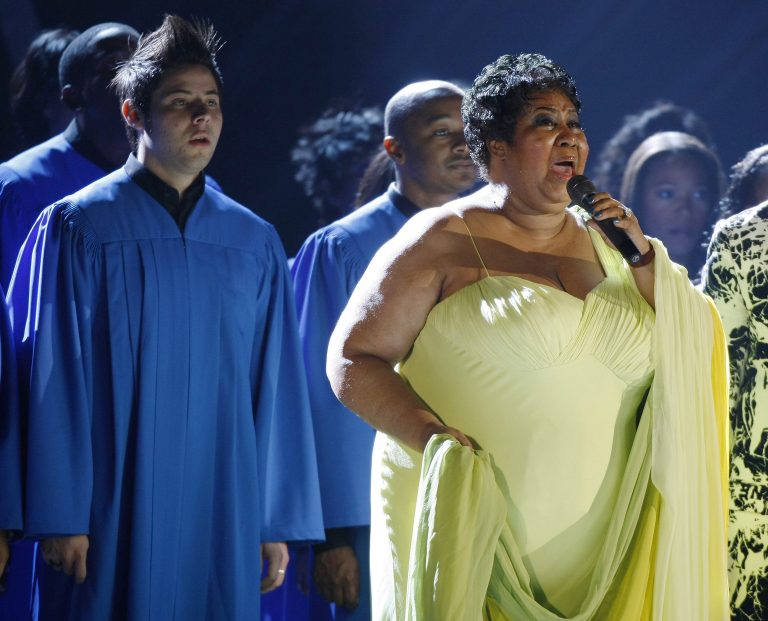 Before the start of Detroit’s annual Thanksgiving game against Minnesota in 2016, Aretha Franklin sang the national anthem for about 4 minutes and 30 seconds. 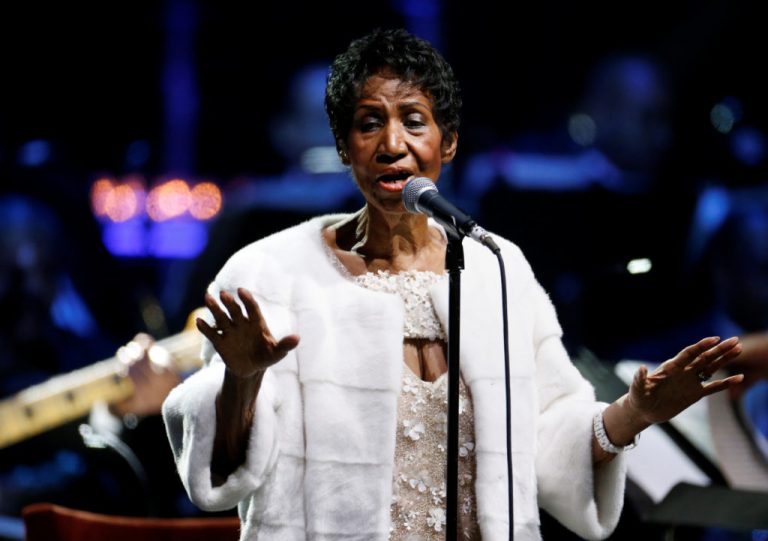 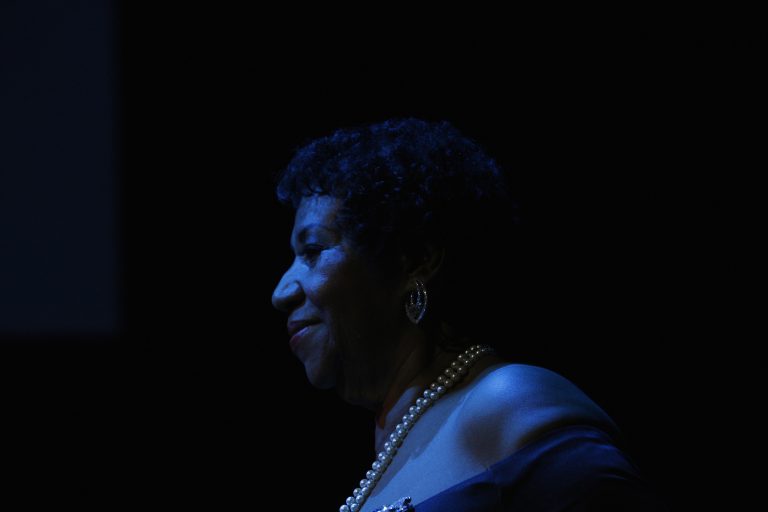 Singer Aretha Franklin performs at the Candie’s Foundation 10th anniversary “Event to Prevent” benefit in New York May 3, 2011. The aim of the organization is to prevent teenage pregnancy. REUTERS/Eric Thayer