These Black Women Helped Send Us to the Moon 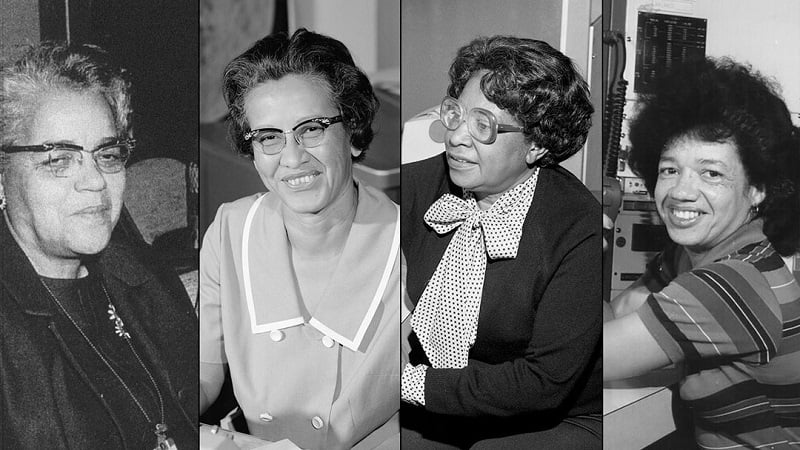 Before NASA, there was NACA—the National Advisory Committee for Aeronautics, headquartered at the Langley Research Center in Hampton, Virginia. And before there were computers, there were human computers—mathematicians hired to double-check the numbers and calculations the engineers relied on.

In the 1940s, at the height of World War II, these human computers were women, and their calculations served the war effort to build more effective airplanes. Working in female-designated office spaces, they often received problems to solve with no context of the greater project at stake. Other times, male colleagues recruited them for specific projects. In the early years, some of these women were promoted to “mathematicians”—a status on par with entry-level male employees. But some eventually went on to work as engineers, solving the problems that got humans into space, on the moon, and beyond.

And as many as 50 or more of the women who worked at Langley in those decades were African American women.

“Growing up in Hampton, the face of science was brown like mine,” writes Margot Lee Shetterly, whose father was friends with many of these mathematicians, in her new book, Hidden Figures: The American Dream and the Untold Story of the Black Women Mathematicians Who Helped Win the Space Race. (The book was also the inspiration for a feature film to be released in January 2017.)

Shetterly tells the stories of women like Katherine Johnson, the physicist whose careful calculations put astronaut John Glenn into orbit and brought him safely back again; Dorothy Vaughan, who was NACA’s first black section leader and headed up the all-black West Computing group for more than a decade; and Mary Jackson, who rose from mathematician to aerospace engineer, working on problems of air flow while also helping other African American women achieve deserved career advancement.

Also joining Ira is Christine Darden, another engineer and mathematician whose story Shetterly recounts. After joining NACA in 1967 as a human computer, Darden moved into the labs in 1972 as an engineer and spent decades working on the “sonic boom” of supersonic travel. She and Shetterly recount the unique history of NASA’s African American mathematicians, set against the backdrop of World War II, the Cold War, the ensuing space race, and the Civil Rights movement.

A 2016 study by the National Association of Education Statistics reported, African-American women are the most educated group in the U.S. population. Between 2009 and 2010, Black women earned 68% of associate's degrees, 66% of bachelor's degrees, 71% of master's degrees and 65% of all doctorate degrees awarded to Black students." However, African Americans and women are still underrepresented in the areas of science, technology, engineering and mathematics (STEM) according to a 2016 report by U.S. News & World Report

#4 News Lesson of the Decade

Discover more of the decade's free, top-rated content and explore the curated collection of our best news stories, blogs, webinars and more!