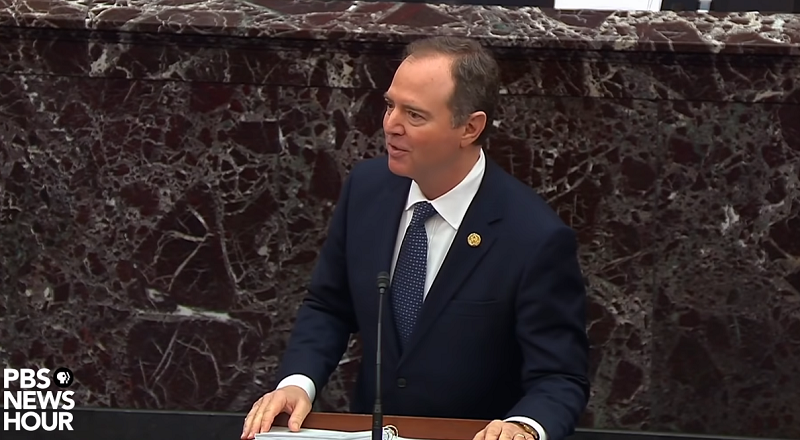 Trump Impeachment Trial: What Happened and What's Next

House impeachment managers wrapped up their second day of prosecuting the case to remove President Donald Trump from office. On Thursday, they laid out why they believe Trump abused his presidential power. In this segment, you’ll also hear about Democrats’ presentation, how senators in the chamber appeared to be receiving it and Trump’s responses over Twitter. Read the summary, watch the video and answer the questions. You can turn on the “CC” (closed-captions) function and read along with the transcript here. STOP the video at 7m:43s for the sake of time.

[Background: President Donald Trump became the third president in U.S. history to be impeached by the House of Representatives under the Constitution for high crimes and misdemeanors. The vote split along party lines over the charges of abuse of power that involved Trump enlisting a foreign government to investigate a political opponent ahead of the 2020 election. The House also voted to impeach on a charge that the president obstructed Congress in its investigation. Trump maintains he has done nothing wrong and that the Democrats have been looking for an excuse to impeach him since the 2016 election.] 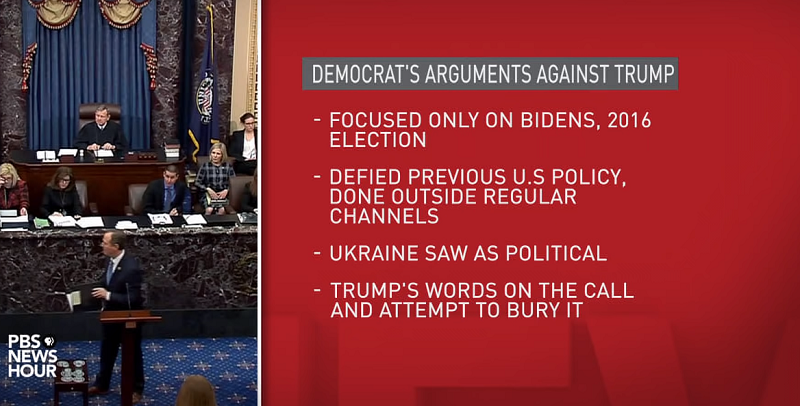 Watch PBS’ recap of the Senate investigation into President Richard M. Nixon during Watergate below. Keep in mind that this clip focuses on the Senate committee hearing (Nixon resigned from office and was not impeached and therefore did not have a Senate trial.) only. Take note of the relationship of members of different parties. How is it different than the relationship you see among today’s group of senators?

If short on time, watch this clip of Jim Lehrer discussing the role of the “little guys” in Watergate. What point do you think Lehrer was trying to make? How do Lehrer’s remarks show a more discerning, nuanced approach to journalism?