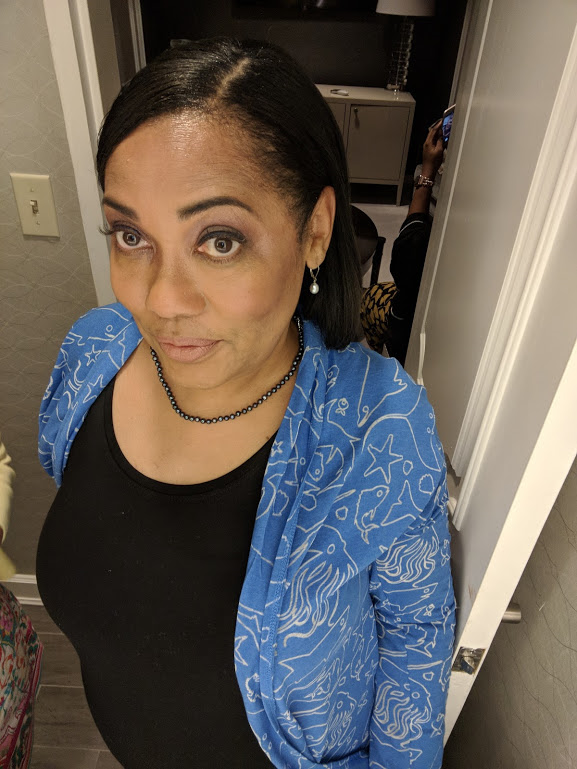 I am Joanita D. Stokes, Born in Titusville, Florida. I am the firstborn of two children. I am always seeking to learn more and reaching out to help others, especially children.  I grew up in a middle-class lifestyle. I never wanted for food, clothing or having a shelter like many of the families I see today. As I look back at all the degrees, certificates, license and other awards I have achieved throughout my life, and all the places I have traveled to, I recognize that having a good education and being knowledgeable of the world around me is the key to helping others, because you can’t help others if you can’t help yourself and you can’t take others where you haven’t been. I believe every human being is unique because they are molded through a combination of genetics and life experiences.  But as different as people are from each other, everyone passes through the same developmental milestones.

My Middle School years. At age 13, I attended Lincoln Junior High School, in Washington, DC.  which was built in 1965 and named after President Abraham Lincoln. The school was located on 16th Street Northwest, at that time it had an enrollment of 681 students and consisted of three grades levels, seventh through ninth.  The school was made up of multi-cultural students, African Americans, Hispanics, Whites, and Asians.  My best year at Lincoln Junior High was my last year because I was excited about the idea of being an upperclassman. It gave me the confidence to reach for higher goals.

At age 14, I found my first Government job thru a summer job program working for the Veterans Administration of Washington, D.C. On this job, I learned to use the computer. The computer that I worked on was then called the WANG computer, which no longer exists. This was one of the best times of my life.  My family was so proud of me.  My first day on the job I felt successful and happy.

My High School Years, at age 15, I attended Cardoza High School, I stayed involved in extra-curricular activities. In the late 1980s, my family and I moved to Maryland.  Moving meant that I had to transfer to Montgomery Blair High School in Silver Spring. I was involved in Blair’s work-study program. I worked at the U.S. Naval Medical Center in Bethesda, Md. Working for the military as a civilian was quite interesting. I remember all the naval officers dressed in white uniforms, saluting to each other.  I had the opportunity to interact with people from all over the world, such as Ethiopians, Chinese, Jamaicans, and others while attending Montgomery Blair High School.

My College Years. In the year 2000, I joined the Alliance program, which allows me to earn my associate and bachelor’s degrees at the same time.  During this time, I mentored young students that were in the Suspension Program. This program helped students refrain from violating the law.  The program was established in 1998. the Students on Suspension Program goals are to help students, parents, counselors, churches and other community-based organizations to provide a program for students during their out-of-school suspension. The program encourages students to learn social control and gain self-reliance.  The facilities offer to counsel while helping children keep up with their school work during their suspension period.

In 2004, I attended a Teacher’s class at the University of Maryland University College. During the year 2007, I had earned a Master Degree in Education. During August 8, 2011, I was hired to work at the District of Columbia Public School (DCPS). My tour of duty entailed serving a community of Autism children. Out of the nine years of working for DCPS, I spent seven of them serving Pre-K3 Autism children and two-years teaching third and fourth graders. During those years I made every attempt to learn as much as possible about the development and growth of Autism children. As time grew, I have begun to develop basic teaching skills through Professional Development training. The children who I taught came from different cultural backgrounds.  Because of this, their developmental behaviors and differences are equally accepted by me. For example, the students were American, Spanish and Muslim. By working with high-risk youths has encouraged me to further my career and strengthen my goals in the educational environment.