Journalism as a Textbook: Pulitzer Center and The 1619 Project 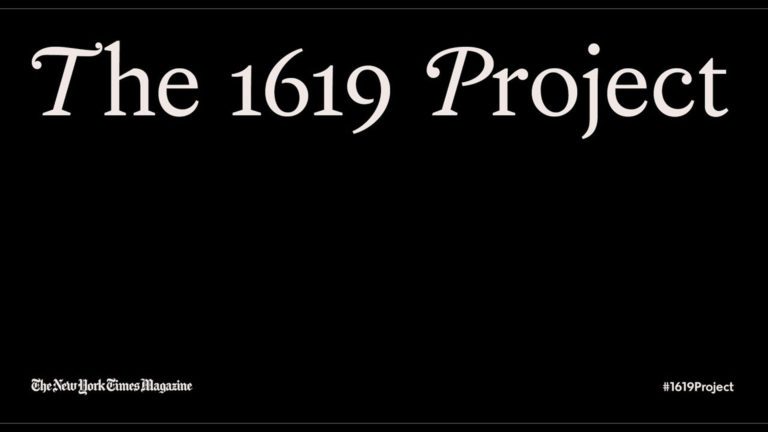 The 1619 Project: Bringing History to Life

Have your students ever been excited by a textbook? I taught high school for 10 years in Washington, DC, and I’d answer that question with an emphatic “no.”

Textbooks are pretty dry. Even when they’re accurate and thoughtfully designed, they don’t engage students particularly well. And there’s another problem: they’re meant to be authoritative and complete. But what if they’re neither?

When I was a kid in the early 1980s I remember reading about the planet Mercury in an old, dog-eared middle school science textbook. The entry comprised just a few sentences describing a hot, small object that’s closer to the sun than Earth. Named for the Roman messenger god. No atmosphere to speak of. I remember closing the textbook book and thinking, I guess that’s all there is to know about Mercury.

Today, the younger me could spend hours, even days reading about Mercury online. The Wikipedia entry, where most would start, has 187 references to recent scholarly articles from Nature, news pieces from New Scientist and The Washington Post, and NASA and the European Space Agency. New discoveries are regularly being made about Mercury. It feels fresh, exciting.

The key difference between then and now is not the Internet alone. As an index and an accelerant the web is incredibly helpful to learners with access. But the more important innovation is the connection to new research through works of journalism. Reporters make sense of evolving science and present it in a way that’s accessible to people without degrees in astronomy. The best journalists are spellbinding storytellers and natural teachers.

That’s because they have to be. Journalists are at the mercy of the reading public. Nobody has to read journalism, and nobody will if it’s not well-crafted.

For more than ten years, the Pulitzer Center has supported high quality journalism on the big issues that affect us all -- climate, water, migration, food, public health and more. Our mission is to inform and engage the public on these under-reported topics, and we’ve partnered with K-12 schools and colleges from the start. The journalism we support is a public good. I also happen to think it’s a much more interesting way to learn about the world than a textbook.

The outlook of our education program has always been global, emphasizing local connections so that students understand that these issues are not just faraway problems that affect people they’ve never met.

In recent years our focus on under-reported global stories has grown to include domestic reporting on mass incarceration, civil assets forfeiture and regional environmental issues. As ever, our projects address under-reported issues that affect millions around the world, but increasingly, through some exciting initiatives, we are looking at the United States not just as a place where global issues play out, but as a focus of reporting initiatives.

The 1619 Project and the Pulitzer Center: Shining a Light on the Forgotten

This summer, our partners at The New York Times Magazine came to us with an incredible project. 2019 marked the 400th anniversary of the arrival of the first enslaved people to our shores, and the magazine would be devoting an entire issue marking this occasion and reflecting on its legacy, with essays by some of the best journalists working today. The project was the brainchild of staff writer Nikole Hannah-Jones, a MacArthur Genius fellow and author. Hannah-Jones wanted to reframe the way we think about the enslavement of black people in the US, not just as a correction to our national historical narrative, but as a way of better understanding our present.

The editors at the Times called, looking for an education partner to bring this issue to students in far greater numbers than usual. We had worked with them before on issues related to the Arab Spring and climate change, but this was different. They aimed to print hundreds of thousands of extra copies for free distribution, and were committed to an outreach campaign that would spark a national conversation about the under-reported story of the legacy of slavery in the United States.

I hope that framing sounds familiar. The Pulitzer Center embraced the opportunity to be an education partner on this project. Its topic fits perfectly with our longtime focus on big issues that need more attention than they are getting -- especially in schools.

We knew that slavery is not well taught. Pick up an old textbook and look at the passages on slavery. There is no shortage of ghastly examples and even the good entries do not tell the full story  We anticipated strong demand among educators for a reframing of this essential part of our national identity.

Our team got to work on a curricular strategy, writing a full lesson plan for the framing piece by Nikole Hannah-Jones, a reading guide to the other works in the issue, an index of historical terms referenced, and a list of suggested student activities.

Right away, the response was tremendous. Dr. Janice Jackson, CEO of Chicago Public Schools, embraced the adoption of The 1619 Project and our curriculum district-wide, saying in a September blog post: “It is my sincere hope that parents and families explore the project with their children; teachers examine these curricular materials and share it with their students; and principals support staff and students as they tackle this subject.”

School districts in Buffalo, Washington, DC, and Winston-Salem, NC were also early adopters of the project and curriculum, and more are picking it up as word spreads.

The 1619 Project reminds us in sobering but also uplifting ways that the past is not a dead subject, and that our shared history need not be relegated to a few incomplete passages in a dusty old tome. 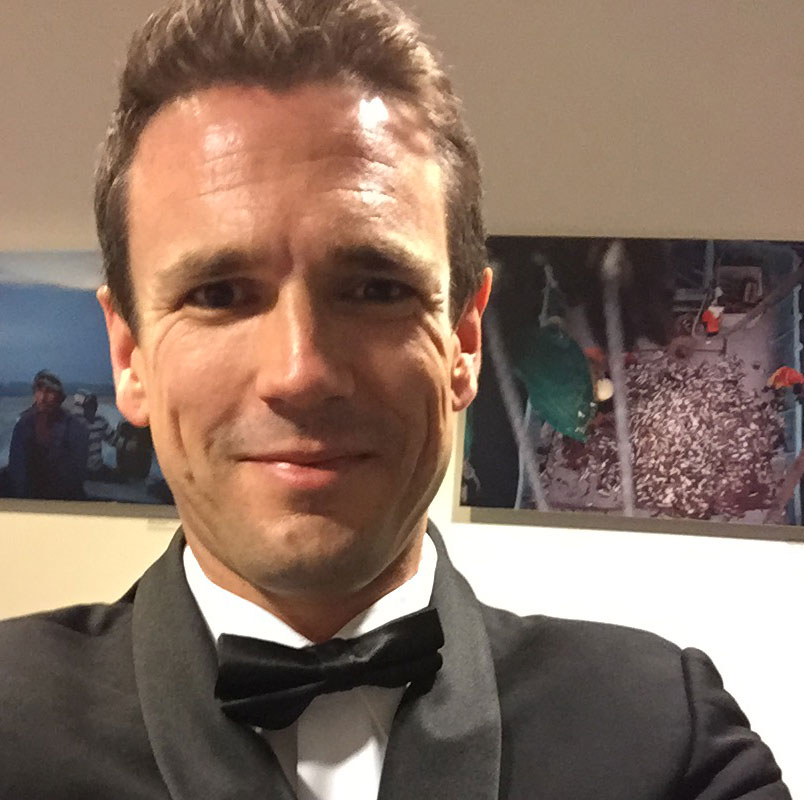 Mark Schulte directs the national K-12 education program for the Pulitzer Center, a position he has held since 2012.

Before coming to the Pulitzer Center in 2011, he taught global issues-based journalism for nearly ten years at Washington International School in Washington, DC, founding an international network of high school reporters online with members in more than 50 countries contributing daily to a web publication devoted to their stories.

Earlier he worked as a magazine editor and writer for national and regional news magazines including US News & World Report and Virginia magazine.

Mark graduated from Oberlin College and holds a master’s degree in Interactive Journalism from American University.

Pulitzer Center
Core to the Pulitzer Center mission is an education program that connects the journalism we support to educators in K-12 and college through a series of in-school and extracurricular programs, teacher training, and curriculum design.

Core to the Pulitzer Center mission is an education program that connects the journalism we support to educators in K-12 and college through a series of in-school and extracurricular programs, teacher training, and curriculum design.
Newsletter sign-up form
Share My Lesson