Books that Celebrate the Breadth of the Asian American Experience

First Book is highlighting the breadth of Asian and Asian American stories to combat the wave of anti-Asian bias and discrimination.

To combat anti-Asian bias and discrimination, more educators are teaching about—and celebrating—the Asian American community. To assist educators, First Book is highlighting the breadth of Asian and Asian American stories. Our Marketplace Senior Manager of Merchandising, Yukari Matsuyama, put together the following list of 14 books to help learners of all ages understand the variety of cultures, languages, religions, and experiences that exist across Asia and the Asian diaspora. Close to 50 countries make up the Asian continent, which is also the most populous; that means there is a myriad of stories that students can read, learn from, and identify with.

In the United States, May is Asian American and Pacific Islander Heritage Month, a good time to highlight the stories and cultures of the 24.5 million residents of the United States of AAPI heritage. You can shop the full Asian & Pacific Islander Characters & Cultures collection on First Book’s Marketplace to update your bookshelves at any time and make these stories available to your students throughout the year. Featured titles tend to sell out quickly, but more are always on the way, so check back often. First Book supporters, not currently eligible to join the network, can purchase books through Bookshop.org to still directly impact kids in need; 10% of your order is donated to First Book. 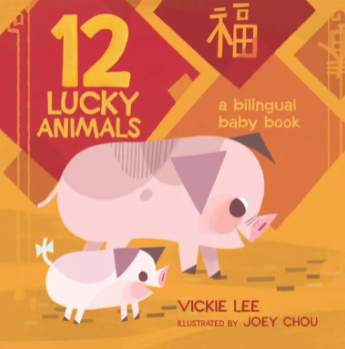 12 Lucky Animals: A Bilingual Baby Book; Ages 0-6
Using the twelve animals of the Chinese zodiac, this bright and appealing board book introduces the youngest of readers to the names of animals in both English and Chinese, using Chinese characters alongside their pinyin (romanized spelling). Rat, Ox, Tiger, Rabbit, Dragon, Snake, Horse, Sheep, Monkey, Rooster, Dog, Pig—readers will love finding out which zodiac animal they are! 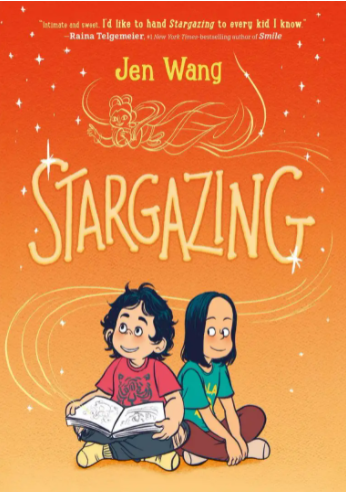 Stargazing; Ages 7-12
Moon is everything Christine isn’t. She’s confident, impulsive, artistic…and though they both grew up in the same Chinese American suburb, Moon is somehow unlike anyone Christine has ever known.

But after Moon moves in next door, these unlikely friends are soon best friends, sharing their favorite music videos and painting their toenails when Christine’s strict parents aren’t around. Moon even tells Christine her deepest secret: that she has visions, sometimes, of celestial beings who speak to her from the stars. Who reassure her that Earth isn’t where she really belongs. Moon’s visions have an all-too-earthly root, however, and soon Christine’s best friend is in the hospital, fighting for her life. Can Christine be the friend Moon needs, now, when the sky is falling? 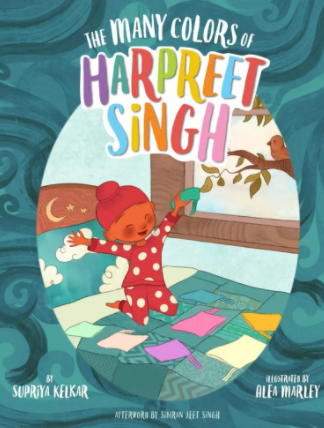 The Many Colors of Harpreet Singh;Ages 4-6
Harpreet Singh has a different color for every mood and occasion, from pink for dancing to red for courage. He especially takes care with his patka—his turban—smoothing it out and making sure it always matches his outfit. But when Harpreet’s mom finds a new job in a snowy city and they have to move, all he wants is to be invisible. Will he ever feel a happy sunny yellow again?

Persepolis: The Story of a Childhood; Ages 13-18
Wise, funny, and heartbreaking, Persepolis is Marjane Satrapi’s memoir of growing up in Iran during the Islamic Revolution. In powerful black-and-white comic strip images, Satrapi tells the story of her life in Tehran from ages six to fourteen, years that saw the overthrow of the Shah’s regime, the triumph of the Islamic Revolution, and the devastating effects of war with Iraq. The intelligent and outspoken only child of committed Marxists and the great-granddaughter of one of Iran’s last emperors, Marjane bears witness to a childhood uniquely entwined with the history of her country.

Persepolis paints an unforgettable portrait of daily life in Iran and of the bewildering contradictions between home life and public life. Marjane’s child’s-eye view of dethroned emperors, state-sanctioned whippings, and heroes of the revolution allows us to learn as she does the history of this fascinating country and of her own extraordinary family. Intensely personal, profoundly political, and wholly original, Persepolis is at once a story of growing up and a reminder of the human cost of war and political repression. It shows how we carry on, with laughter and tears, in the face of absurdity. And, finally, it introduces us to an irresistible little girl with whom we cannot help but fall in love. 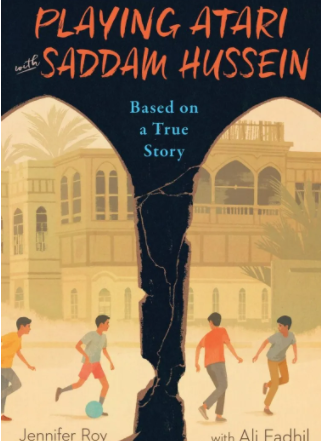 Playing Atari with Saddam Hussein: Based on a True Story; Ages 10-12
At the start of 1991, eleven-year-old Ali Fadhil was consumed by his love for soccer, video games, and American television shows. Then, on January 17, Iraq’s dictator Saddam Hussein went to war with thirty-four nations led by the United States.

Over the next forty-three days, Ali and his family survived bombings, food shortages, and constant fear. Ali and his brothers played soccer on the abandoned streets of their Basra neighborhood, wondering when or if their medic father would return from the war front. Cinematic, accessible, and timely, this is the story of one ordinary kid’s view of life during war. 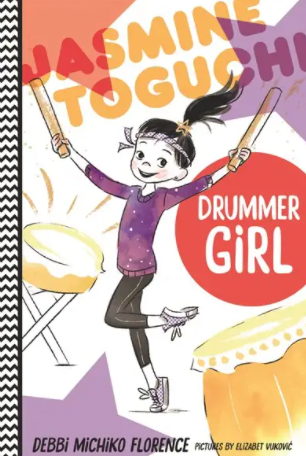 Jasmine Toguchi, Drummer Girl; Ages 7-9
Its talent show time at school and eight-year-old Jasmine Toguchi is excited to show her stuff. But as she thinks about her strengths—tree-climbing, mochi-making, collage—none of them feel quite right to perform on stage. Jasmine’s friends already have a talent. Tommy yo-yos, Daisy dances, and Linnie plays piano. Plus, Maggie Milsap (aka Miss Perfect) is saying she’ll have the best talent.

When Jasmine’s mom introduces her to the taiko, a traditional Japanese drum, Jasmine finally finds an activity that feels just right. But will she be good enough at taiko in time to beat Maggie Milsap?

Join Jasmine as she discovers her talent—and the difference between being the best and trying your best. 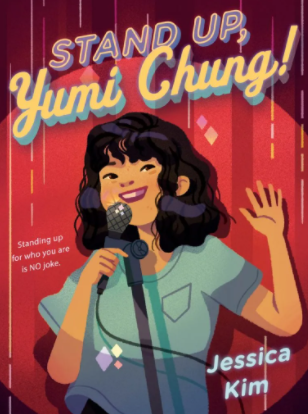 Stand Up, Yumi Chung!; Ages 7-12
On the outside, Yumi Chung suffers from #shygirlproblems, a perm-gone-wrong, and kids calling her “Yu-MEAT” because she smells like her family’s Korean barbecue restaurant. On the inside, Yumi is ready for her Netflix stand-up special. Her notebook is filled with mortifying memories that she’s reworked into comedy gold. All she needs is a stage and courage.

Instead of spending the summer studying her favorite YouTube comedians, Yumi is enrolled in test-prep tutoring to qualify for a private school scholarship, which will help in a time of hardship at the restaurant. One day after class, Yumi stumbles on an opportunity that will change her life: a comedy camp for kids taught by one of her favorite YouTube stars. The only problem is that the instructor and all the students think she’s a girl named Kay Nakamura—and Yumi doesn’t correct them.

As this case of mistaken identity unravels, Yumi must decide to stand up and reveal the truth or risk losing her dreams and disappointing everyone she cares about. 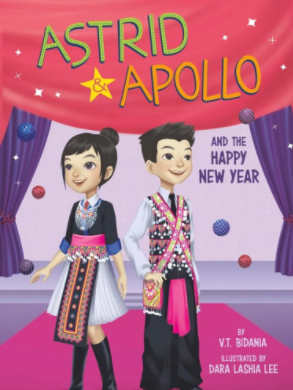 Astrid and Apollo and the Happy New Year; Ages 7-9
Dressed in their traditional New Year clothes, Astrid and Apollo attend the Hmong New Year Festival. While at the noisy and jam-packed celebration, they accidentally become separated from their family and end up lost in the crowds. Follow along on their adventure as they try to find their way back to their mom, dad, and little sister, Eliana. 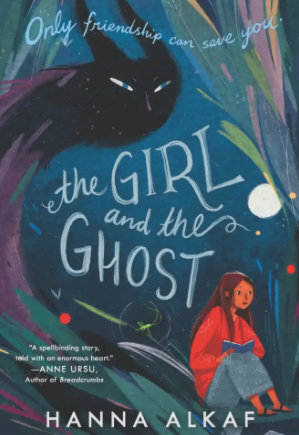 The Girl and the Ghost; Ages 10-12
A Malaysian folk tale comes to life in this emotionally layered, chilling middle grade debut, perfect for fans of The Book of Boy and The Jumbies.

I am a dark spirit, the ghost announced grandly. I am your inheritance, your grandmother’s legacy. I am yours to command.

Suraya is delighted when her witch grandmother gifts her a pelesit. She names her ghostly companion Pink and the two quickly become inseparable. But Suraya doesn’t know that pelesits have a dark side—and when Pink’s shadows threaten to consume them both, they must find enough light to survive…before they are lost to the darkness. 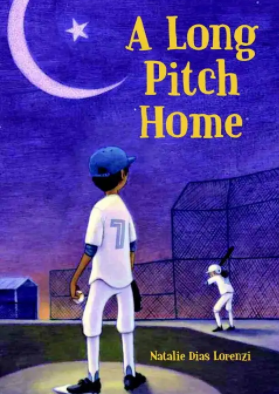 A Long Pitch Home; Ages 7-12
Ten-year-old Bilal liked his life back home in Pakistan. He was a star on his cricket team. But when his father suddenly sends the family to live with their aunt and uncle in America, nothing is familiar. While Bilal tries to keep up with his cousin Jalaal by joining a baseball league and practicing his English, he wonders when his father will join the family in Virginia. Maybe if Bilal can prove himself on the pitcher’s mound, his father will make it to see him play. But playing baseball means navigating relationships with the guys, and with Jordan, the only girl on the team—the player no one but Bilal wants to be friends with. A sensitive and endearing contemporary novel about family, friends, and assimilation. 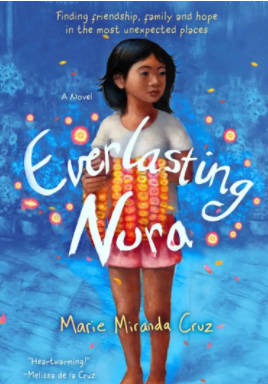 Everlasting Nora; Ages 10-12
After a family tragedy results in the loss of both father and home, twelve-year-old Nora lives with her mother in Manila’s North Cemetery, which is the largest shantytown of its kind in the Philippines.

When her mother disappears mysteriously one day, Nora is left alone.

With help from her best friend Jojo and the support of his kindhearted grandmother, Nora embarks on a journey riddled with danger in order to find her mom. Along the way she also rediscovers the compassion of the human spirit, the resilience of her community, and everlasting hope in the most unexpected places. 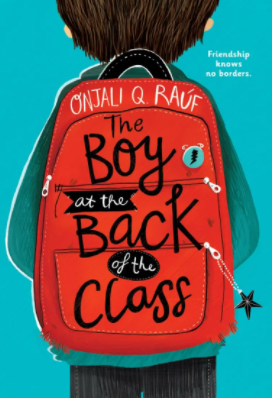 The Boy at the Back of the Class; Ages 7-13
There used to be an empty chair at the back of Mrs. Khan’s classroom, but on the third Tuesday of the school year a new kid fills it: nine-year-old Ahmet, a Syrian refugee. The whole class is curious about this new boy—he doesn’t seem to smile, and he doesn’t talk much. But after learning that Ahmet fled a Very Real War and was separated from his family along the way, a determined group of his classmates band together to concoct the Greatest Idea in the World—a magnificent plan to reunite Ahmet with his loved ones.

Balancing humor and heart, this relatable story about the refugee crisis from the perspective of kids highlights the community-changing potential of standing as an ally and reminds readers that everyone deserves a place to call home. 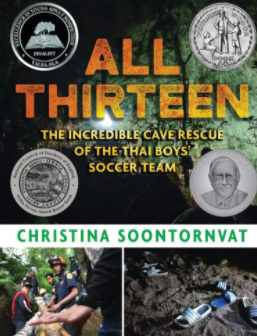 All Thirteen: The Incredible Cave Rescue of the Thai Boys’ Soccer Team; Ages 10-15
On June 23, 2018, twelve young players of the Wild Boars soccer team and their coach enter a cave in northern Thailand seeking an afternoon’s adventure. But when they turn to leave, rising floodwaters block their path out. The boys are trapped! Before long, news of the missing team spreads, launching a seventeen-day rescue operation involving thousands of rescuers from around the globe. As the world sits vigil, people begin to wonder: how long can a group of ordinary kids survive in complete darkness, with no food or clean water? Luckily, the Wild Boars are a very extraordinary “ordinary” group.

Combining firsthand interviews of rescue workers with in-depth science and details of the region’s culture and religion, author Christina Soontornvat—who was visiting family in Northern Thailand when the Wild Boars went missing—masterfully shows how both the complex engineering operation above ground and the mental struggles of the thirteen young people below proved critical in the life-or-death mission. Meticulously researched and generously illustrated with photographs, this page-turner includes an author’s note describing her experience meeting the team, detailed source notes, and a bibliography to fully immerse readers in the most ambitious cave rescue in history. 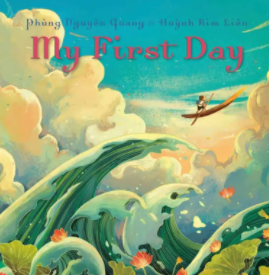 My First Day; Ages 4-9
This is no ordinary first journey. The rainy season has come to the Mekong Delta, and An, a young Vietnamese boy, sets out alone in a wooden boat wearing a little backpack and armed only with a single oar. On the way, he is confronted by giant crested waves, heavy rainfall and eerie forests where fear takes hold of him. Although daunted by the dark unknown, An realizes that he is not alone and continues to paddle. He knows it will all be worth it when he reaches his destination—one familiar to children all over the world.

Republished with permission from First Book.