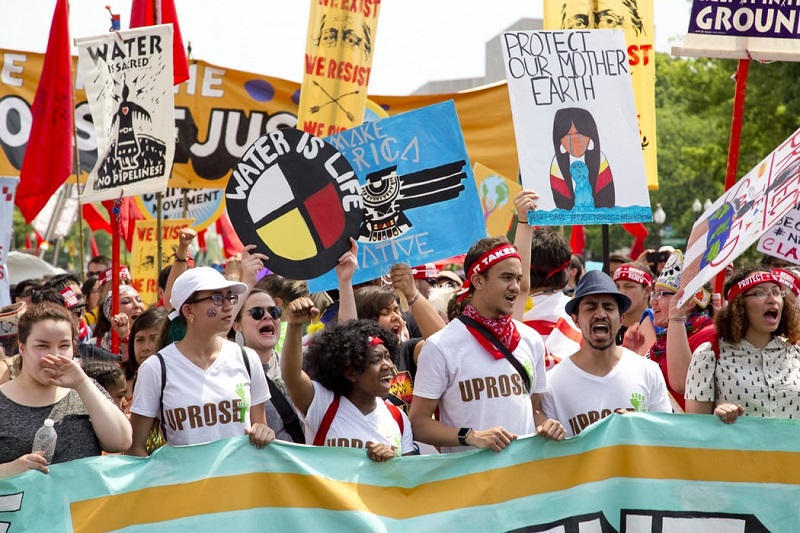 This is the week where my love for student participation and activism and my love for civic education are converging with two milestones: Constitution Day on Sept. 17, which celebrates the day in 1787 when the framers signed the U.S. Constitution, and the student-led Global Climate Strike on Sept. 20, which to me, is a celebration of the Constitution in action some 232 years later. But this convergence, while inspiring, is not without its challenges—particularly for teachers.

As a former civics educator and forever Constitution fangirl, I get excited and inspired when I see students actively engaging in civic life. The health of our democracy depends on how much we know, how much we seek more knowledge, and how much we use these skills to participate in civic activities like voting, volunteering or mobilizing for policy change.

We can think of the different necessities required of democracy like two sides of a coin. On one side, we must participate to make our experiment in democracy actually work. Student voting has increased in the last two years, and students are leading the way on important social issues such as gun control and climate change. Students around the world who organized the Sept. 20 Global Climate Strike are a shining example of student participation, even for those who aren’t old enough to vote. And, while I acknowledge that student activism around controversial or partisan issues adds an extra dimension of challenge in the classroom, especially if students leave the classroom to strike (see collection of resources for teachers on a variety of alternative ways to participate), I am moved by students who not only express opinions on these issues, but also channel that passion into taking actions that make a difference.

On the other side of the coin, however, is the fact that for civic engagement to work, students must be knowledgeable and informed; and unfortunately we continue to see a de-emphasis on civic education. Danielle Allen’s recent Washington Post article paints a stark picture of the significant decline in civic education, citing that only 30 percent of millennials consider it essential. This might not be surprising, considering that after No Child Left Behind was enacted in 2001, schools reduced the requirement and availability of civics courses so drastically to focus on English and math that now 85 percent of students receive only a one-semester course in civics. Prior to NCLB, students received three civics courses as part of traditional public schooling. Additionally, while we ask students to develop their 21st-century skills, like the key civic disposition of critical thinking, studies show that students need content knowledge for critical thinking to be effective. In short, how can we require students to gain civic skills and dispositions, and praise them when they engage in civic behavior, when we skip the first crucial step of providing them with the foundational knowledge to do so effectively?

I used to teach civics for the Close Up Foundation, a nonprofit civic education organization that brings students to Washington, D.C., for intense weeklong workshops on government. These workshops include kids from all parts of the country, pairing urban and rural students, conservative and liberal students, and students of all colors. The workshops challenge students to understand and debate policy issues and controversial topics—an uncomfortable task for many adults. But when students were given the right tools to engage in these topics, I saw a very different result from the usual partisan bickering and mudslinging that so often characterize politics today. My favorite activity was asking students to dive deep into a hot topic and research the issue; then I asked our most outspoken and opinionated students to take the opposite political side during a current issues fishbowl debate. The result was always a lively and respectful civil discourse on policy issues (see PBS NewsHour lesson on how to engage students in thoughtful discussions. And by the end of the week, despite all their differences, students had become fast friends and showed a deep respect for one another, even if they disagreed (and believe me, sometimes there was strong disagreement).

...after No Child Left Behind was enacted in 2001, schools reduced the requirement and availability of civics courses so drastically to focus on English and math that now 85 percent of students receive only a one-semester course in civics.

That was only one week of civic education, but there are scores of great lessons and curricula available that can last anywhere from a few minutes (see: 60-Second Civics) to a semester. For example, the Center for Civic Education’s We the People program, a government and civics curriculum, not only teaches the foundational principles of the Constitution, it also encourages critical thinking, teamwork, historical and contemporary analysis, and debate. I used to run the Virginia We the People program, currently run by Virginia Civics, and I was always blown away by the depth of knowledge students had on the content as they debated the rule of law, John Locke, and Supreme Court cases, and then connected constitutional principles to current events. And when students disagreed on an issue, they did so respectfully and debated the issue armed with supporting evidence and sound reasoning.

iCivics has great free games that teach civic knowledge in engaging ways. Additionally, these games are not limited to a social studies audience. The iCivics language arts unit on persuasive writing remains one of our most used resources on Share My Lesson.

There is no shortage of great resources for teaching civics with a focus on content knowledge and application of that content knowledge through simulations, alternative assessments and project-based learning. In fact, we have thousands of civics and social studies resources on Share My Lesson, and we are a proud partner of the Civics Renewal Network. 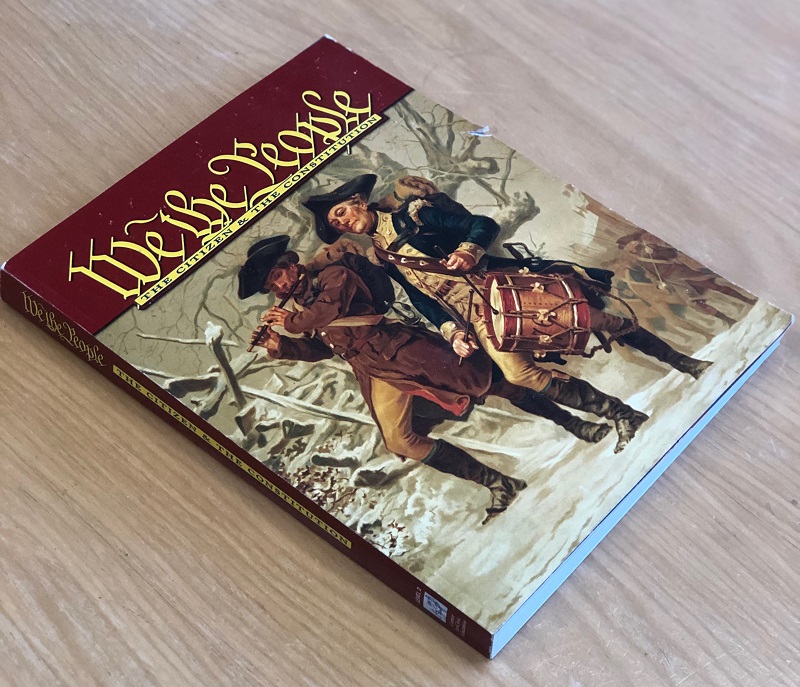 Constitution Day may be over, but there are so many other ways to keep civics alive the other 364 days a year, and civic learning does not need to be limited to a social studies classroom.

For example, Share My Lesson has several resources to support teachers in the classroom for the student-led Global Climate Strike. Whether your student activists will be striking, or you are looking for lessons for a teach-in, we have free resources for you on this important topic. These materials encourage robust discussions and look at all viewpoints, emphasizing analysis of science-based findings. Encourage your students to have a fishbowl debate, and challenge your most opinionated students to debate the opposite viewpoint. Ask students to research the science behind the topic, the different opinions, and the current policies, as well as proposed policy solutions.

After the Global Climate Strike on Sept. 20, rinse and repeat with other current topics, such as gun control, immigration, #MeToo, and even public art. We have lessons on all of these topics and more. And we will continue to provide more current events and discussion topics through our Today’s News, Tomorrow’s Lesson feature. Share My Lesson is here to support you in this most important task of preparing students for effective civic engagement. Don’t leave democracy up to the flip of a coin.

Check out Kelly's previous blog on popular resources from Share My Lesson for Back to School.

It's amazing how many of my students have no idea how our democracy works! Thanks for the information put together here. It makes it much easier to put class work together!