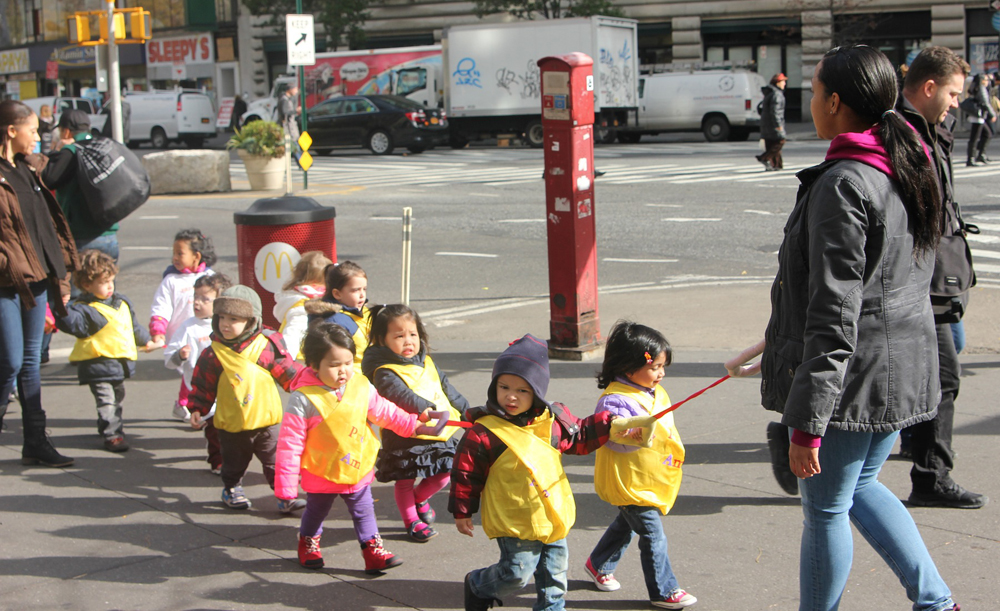 Around 6:30 a.m., my two young children begin their day—sometimes playing sweetly in their rooms—but more often shouting, “Moooooommy! I’m ready for breakfast!” It often feels loud and chaotic as I exert great effort to get the three of us fed, dressed and out the door. It is hard to leave them alone for two minutes without an argument over a toy.

Then we walk into their preschool. There is a single teacher with more than 20 small children playing peacefully around the room. How do they do it?

My 3-year-old told me this morning, “I’m going to bring three toys because one plus two is three.” Wow. “My teacher taught me that,” he beamed. Preschool teachers can somehow get dozens of emotion-dominated, frequently irrational (to say the least), tiny humans to stand in a line, share, dress themselves, make art and learn mathematics.

Preschool teachers are magical. Yet across the board, they make significantly less than elementary or secondary teachers. And that’s a pretty low bar! Preschool teachers, on average, earn below a living wage in every single state. Every. Single. One.

Why does this wage gap exist? And what can be done about it?

As a James Madison Constitutional Scholar with extensive training in political science, I always look to who has the power in any given situation. A preschool teacher alone does not have very much power. But collectively, low-paid workers can combine efforts to make an impact—unless that right has been taken from them, which has a long history of back and forth in this country.

We all know that the gap between the extremely wealthy and the poor continues to widen. Consider the two charts below: 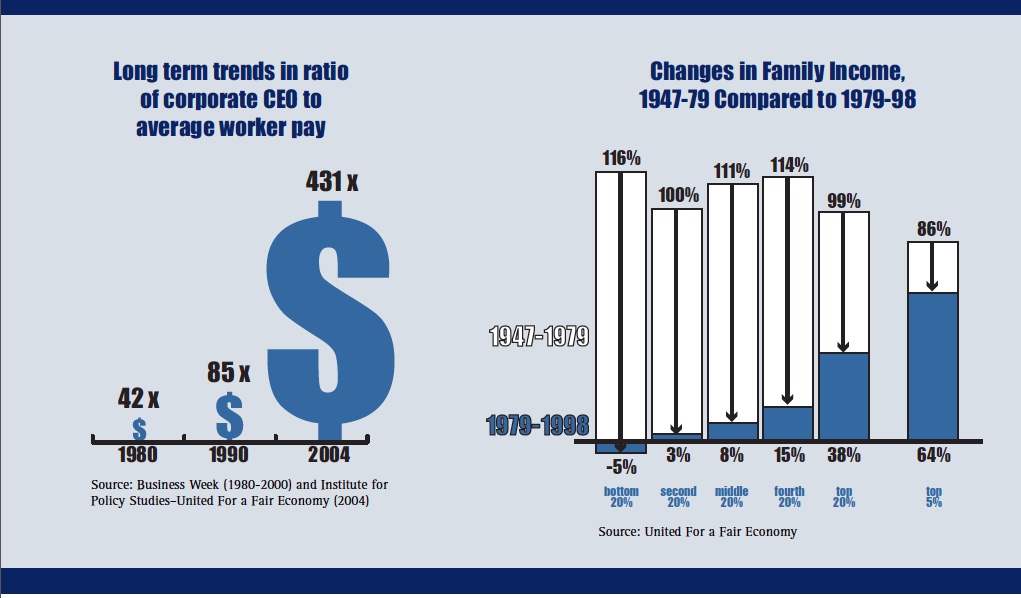 The chart on the left shows the ballooning difference in pay between the average worker and a corporate CEO. Holy heck.

The chart on the right represents income growth with the population broken up into six groups. From 1947-1979 (the white shaded bars), income rose at relatively similar rates among all groups, with the richest receiving the least growth comparable to the other groups.

The blue shading shows the more recent past, demonstrating that the poorest Americans have seen a decrease in income while the richest Americans multiply their wealth at much higher rates than all the others. We’ve all read a lot of opining on the reasons for this, including, of course, factory jobs moving abroad or replaced by technology.

But have you also heard about the erosion of workers’ rights to organize and collectively bargain? It’s complicated because there are still decent federal labor laws on the books, but groups responsible for enforcing these laws have been neutered by Congress, presidents, the Supreme Court and state governments. See here, here and here for just a few examples.

And let’s not overlook the harassment and intimidation that workers are subjected to when they try to organize. A decade ago, I proposed a weekly “coffee and conversation” in my non-unionized school to discuss ways we could improve the conditions for teachers and students. I was called into a meeting with the principal and two vice principals, all males, and told to stop. I’m pretty sure I cried in front of them. It was designed to intimidate me.

One of my former colleagues, bless him, eventually received several thousand dollars in settlement after being fired for trying to start a union. He donated the money to a nonprofit committed to social justice and workers’ rights. I’m happy to say that charter school has, finally, voted unanimously to form a union.

Although unions are not perfect, do you know of a stronger counterweight to the outsized power of the wealthy than the right of workers to organize and withhold their labor? Workers who belong to unions have, on average, higher wages and pensions, increased healthcare coverage and fewer employment-related deaths. The union advantage is even greater for women and people of color.

But since 1983, union membership has declined by nearly 50 percent. Only 10.7 percent of workers in the United States belong to a union. The nefarious billionaire Koch brothers have played a role in this. See the short video below.

In conclusion, consider this: The total annual earnings of all preschool teachers in the United States: less than $14 billion. The president’s tax cuts to the wealthiest 1 percent of Americans in 2019: $85 billion.

What will you do to speak up for the rights of preschool teachers? Comment below.