Racist language, coded speech and the “politics of distraction” in U.S. history 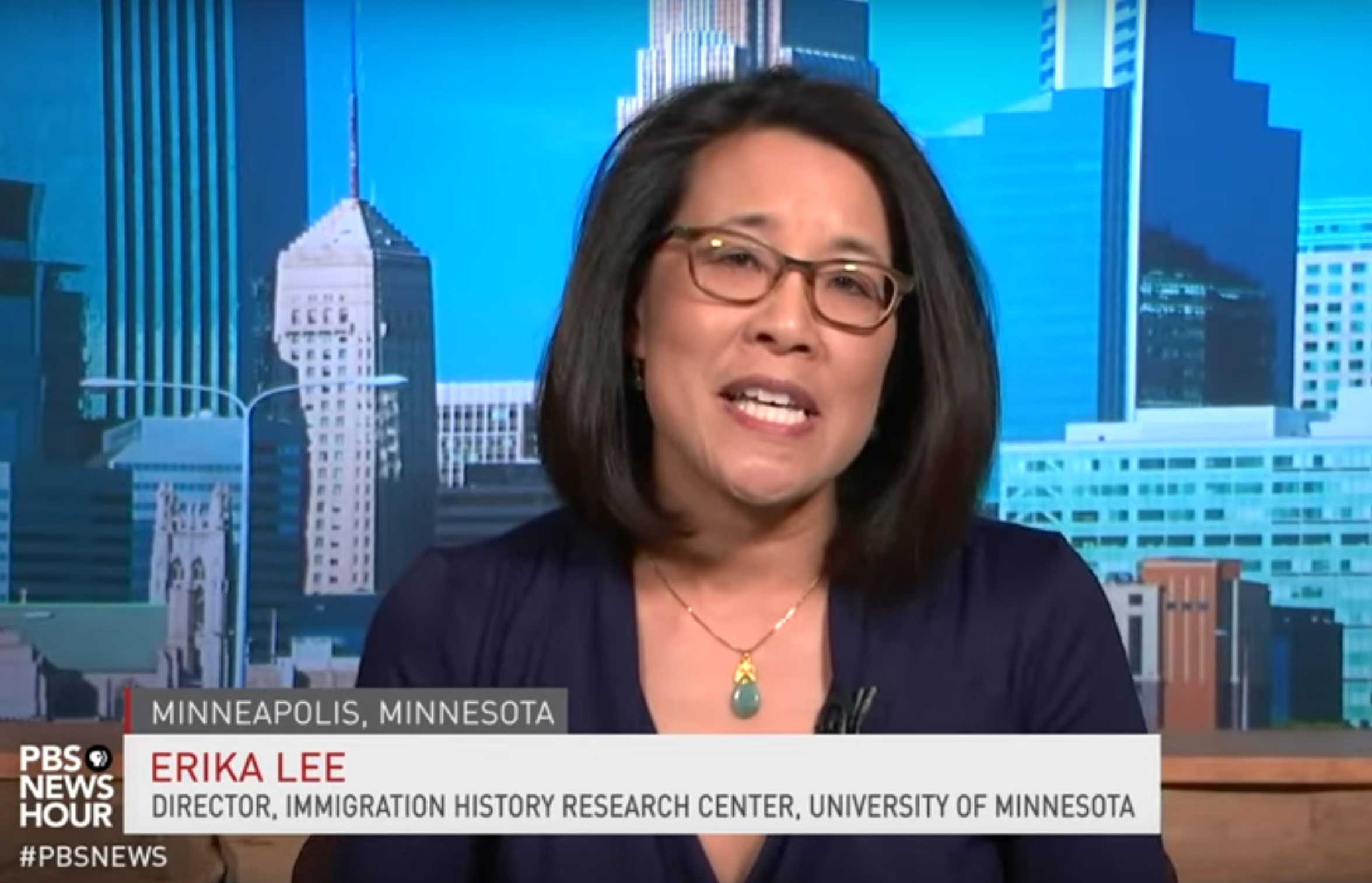 Read the summary about racist language in U.S. History, watch the video  and answer the discussion questions below. You may want to turn on the “CC” (closed-captions) function and read along with the transcript here.

President Donald Trump’s attacks on women of color in the U.S. House of Representatives have launched fierce debate about whether his meaning was racist. There is no doubt, though, that his words echo threats and insults that have been lobbed against perceived outsiders in America for generations. To explore the painful history, NewsHour’s William Brangham talks to the University of Minnesota’s Erika Lee and UC-Berkeley’s Ian Haney Lopez.

“We have a political leader who, for his own benefit and for the benefit of his party, sees himself as leading the country further into division and hatred and violence,” Lopez stated, adding that, “At the very moment that this is so treacherous, it’s also an opportunity, because President Trump is making clear, through his actions, a dynamic that has actually plagued our country for the last 50 years since the civil rights movement.” Trump denies his tweets to the Congresswomen, which involved him saying they should “go back and help fix the totally broken and crime infested places from which they came,” were racist. All four lawmakers are American citizens; three were born in the U.S.

1) Essential question: Why does racism whether through expressive racism or coded language continue to be a problem in the U.S.?

2) What does the expression “dog whistle” mean? What about “coded language”? Why do individuals use dog whistles or coded language? If you hear a person using coded language, what are some things you might say in response?

3) Why did the vote on a House resolution condemning Trump’s tweets fall along party lines?

4) Do you agree with the House resolution condemning Trump’s tweets as racist? Explain your response.

6) Trump remarked to a reporter this week that he was pleased with how the debate went forward this week. How might sowing social division and acrimony among the electorate affect Election 2020? How does Trump see division as an opportunity, according to Ian Haney Lopez?

7) Media literacy: Why do you think NewsHour’s William Brangham started his interview out by stating that he and his guests were not going to debate whether or not Trump’s tweets were racist?

1. Both guests from the NewsHour video discussed the idea that racism and threats or insults have been lobbed against perceived outsiders in America for generations. What other examples from history do you know of where people used such language or enacted policy that was discriminatory? If you’re not sure, how could you find out?

3. Check out this daily news story from Extra’s new #SuperCivics2020 series: How to get along with our political opposites, which focuses on how Americans are struggling to approach opposing political opinions with civility instead of contempt and what can be done to fix the problem.

#1 Webinar of the Decade

Join the American Federation of Teachers, Southern Poverty Law Center’s Teaching Tolerance project, Anti-Defamation League, and Facing History and Ourselves for a conversation on how to discuss