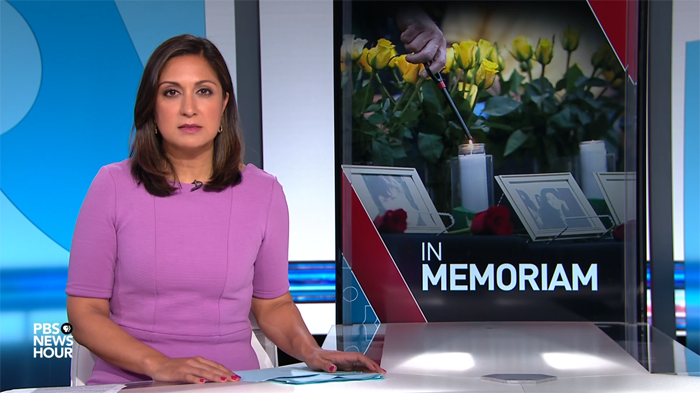 1. How might learning about the lives of those students and teachers killed in mass shootings affect people’s outlook on school safety and gun violence?

2. Read the excerpt from the AP story above and reply to the questions below.

“The mother of one slain student said her daughter may have been targeted because she rejected advances from Pagourtzis, who was an ex-boyfriend of her daughter’s best friend. Sadie Rodriguez said her 16-year-old daughter, Shana Fisher, repeatedly told him no, and he ‘continued to get more aggressive.’ The week before the shooting, Fisher ‘stood up to him’ by embarrassing him in class, Rodriguez said.”

Antonios Pagourtzis, the father of Dmitrios, said he wished he could have prevented the shooting at Santa Fe High School, according to the Associated Press:

“He said he suspects his son was under pressure, perhaps due to bullying. ‘Something must have happened now, this last week,’ he told the station. ‘Somebody probably came and hurt him, and since he was a solid boy, I don’t know what could have happened. I can’t say what happened. All I can say is what I suspect as a father.'”

4. Media literacy: As you read, be aware of the word choice used by the author. Notice the word “killed” was used in the first first bullet point above. Another word choice could have been “murdered.” What is the difference between these two words? Is one more appropriate or accurate than the other?

Making a Killing: Guns, Greed, and The NRA tells the stories of how guns, and the billions made off of them, affect the lives of everyday Americans. It features...

American Federation of Teachers, Guns Down, The Campaign to Keep Guns off Campus, Center for American Progress and Giffords Law Center to Prevent Gun Violence

Available On Demand, for Free
REGISTER

ADL explores gun violence in the Untied States and how to broach such sensitive subjects with our students, their families and the wider community.