Students walk out of school to rally for gun reform

Extra’s daily video story features the voices of three seniors, Alex Bunting, Grace and James Brady, who along with many of their peers walked out of Wakefield High School in Arlington, Virginia on Wednesday. Wakefield students had the support of their school administration. This has not been the case with school districts throughout the country.

A Facebook post on Tuesday by Curtis Rhodes, superintendent of a Houston area school, in which he stated that the district “will not allow a student demonstration during school hours for any type of protest or awareness!!” has since been taken down.

***Use the discussion questions at the end of the lesson with your students.***

Thousands of students in schools across the country walked out of their classes this week in protest of current U.S. gun policy.

On Wednesday, Maryland and D.C. students gathered outside the Capitol Building after they walked out of school, demanding stricter gun control laws. The protest was a reaction to the recent school shooting in Parkland, Florida, in which 17 high school students were killed. 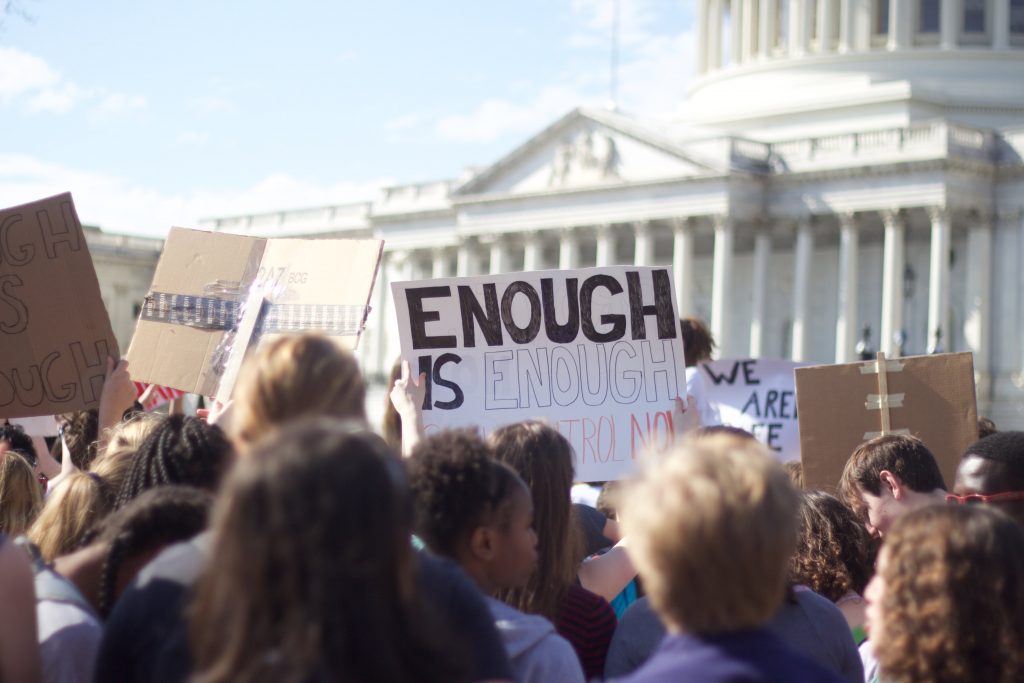 Many of the students echoed feelings of anger and frustration, and a desire to be safe from gun violence. “All students should be able to feel safe in their schools because that’s the one place that we’re promised education and safety,” Montgomery Blair sophomore Leoul Verhanu said.

The protesters initially gathered outside of the Capitol Building to listen to a speech from U.S. House Representative Jamie Raskin (MD, D). At around 11:30, they began the trek across the National Mall to the White House, and dispersed around 12:45, after a closing speech by the protest’s organizer, Richard Montgomery senior
Daniel Gelillo.

Gelillo said he came up with the idea for a walk-out last Thursday, the day after the Parkland shooting. He made a Facebook event and spread the word to his friends at other Montgomery County high schools. On Tuesday night, he went on TV to promote the event. 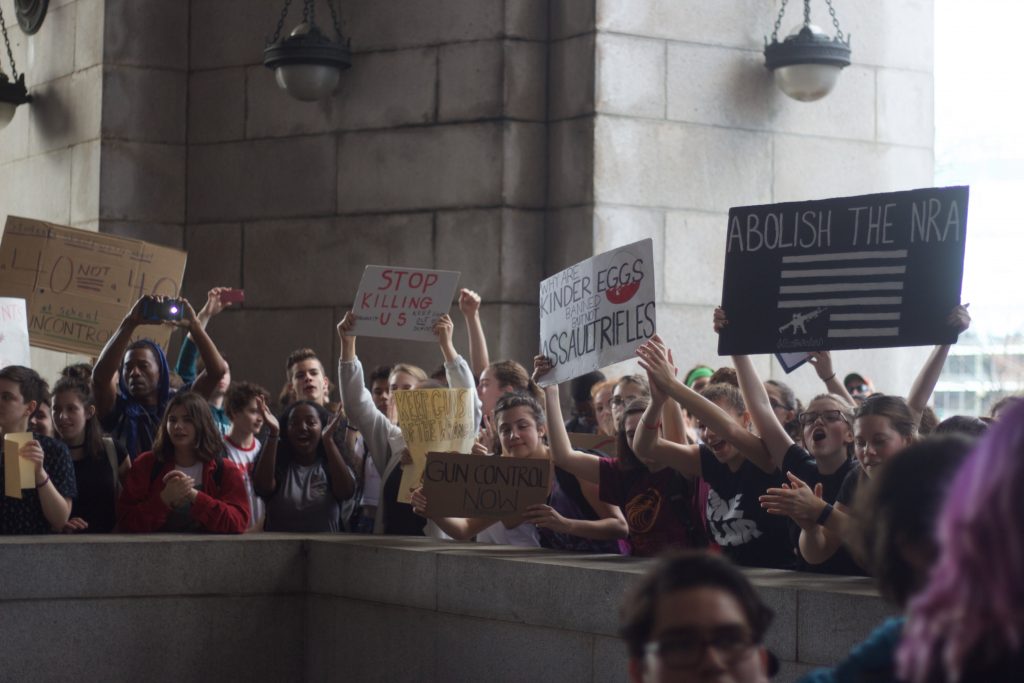 The goal of the protest, according to Gelillo, was to show lawmakers that young people, like himself, feel passionately about the issue of gun control, and to warn them that students will make their opinions known in the upcoming midterm elections.

“A lot of the people that were here today are going to be able to vote in the 2018 and 2020 elections, and if you don’t listen to what we have to say now…you’re not going to win reelection,” he said. “We’re going to take our voices to the ballot box and vote out any politician who’s bought and owned by the NRA.”

Maryland student Jedediah Grady, featured in the tweet below, echoed Gelillo’s thoughts on lawmakers not listening to students’ messages on gun policy, reminding them that he too will be able to vote next year.

The protest, which falls on the one-week anniversary of the Parkland shooting, was one of the first in a series of gun control rallies that are planned to take place over the next couple of months. Gelillo said that he wanted to organize another protest as quickly as possible in order to ensure the issue stays in the news.

“Being able to mobilize fast was really important, because God knows what can happen in between now and these national marches,” Gelillo said. “Maybe this won’t even be a relevant part of the conversation and it will have been drowned out by whatever other things happen in the next couple weeks.” 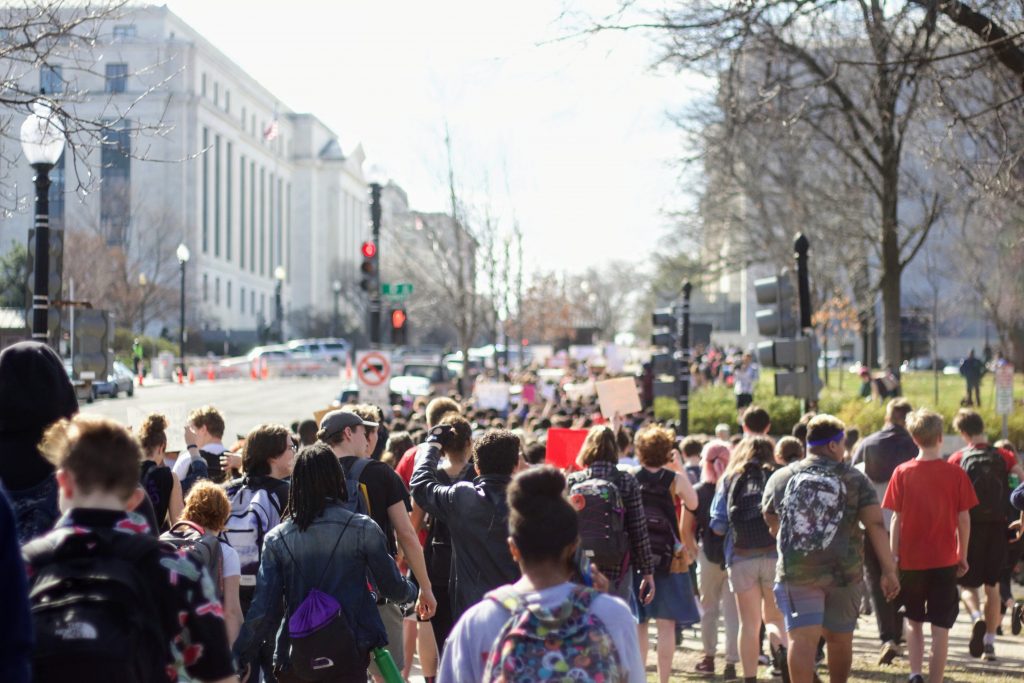 For guidance on how to talk with students about mass shootings, read SAMHSA’s “Tips for Talking With and Helping Children and Youth Cope After a Disaster or Traumatic Event: A guide for Parents, Caregivers, and Teachers.”