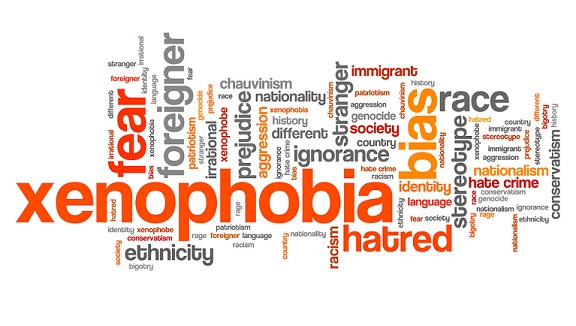 What is the impact when we hear politicians, our peers, and the press refer to immigrants as “animals” that “infect” communities with drugs and crime?  Does it matter that the speakers sometimes qualify their comments? Does it matter that there is indisputable evidence demonstrating that immigrants and their children commit less crime than those who have lived in the country for generations? What are the consequences of these racial stereotypes?

Exploring the impact of Racial Stereotypes

Stereotypes shape the way people think and act towards others and they also impact the way people see themselves. In his book Whistling Vivaldi, Psychologist Claude Steele demonstrates that even the awareness that we are stereotyped impacts our performance in academic and social settings.

Carola Suárez-Orozco, co-founder Re-Imagining Migration and Professor at UCLA, and Marcelo Suárez-Orozco, another one of our co-founders and Dean of the Graduate School of Education and Information Sciences at UCLA, conducted research into the impact of stereotypes on immigrant-origin children and youth. We described that work in a piece we published in Kappan earlier this year:

"To gain some insight into the extent to which immigrant children register the antipathy directed toward them, we conducted a study, beginning in 2012, of newcomer children — 12 years old, on average — in Boston and Northern California arriving from five points of origin in Asia, the Caribbean, and Latin America. We wanted to understand how they are adapting to schools and to their new society. One of many questions we asked was a simple fill-in-the-blank: “Most Americans think that most [people from the respondent’s birthplace] are _________.”

Sixty-five percent of children filled in the blank with a negative term. The most frequent word was “bad,” though many children wrote in more elaborate responses: “Most Americans think that Mexicans are lazy, gangsters, drug addicts that only come to take their jobs away,” one 14-year-old boy wrote. Not only did many respondents choose words associated with criminality but many also chose terms related to contamination (“We are garbage,” another 14-year-old boy said) and incompetence (“We can’t do the same things as them in school or at work,” said a 10-year-old girl).

We found also that the kinds of words students chose was related to their families’ countries of origin. While a little less than half of Chinese youth completed the sentence with negative terms, 75% of Mexican and 82% of Dominicans and Haitians did so. We repeated the task annually for five years, and these percentages changed little. Young people’s perceptions of other Americans’ negative attitudes about them remain linked to their immigration status."

Of course, it is not just immigrant-origin students who are internalizing these racial stereotypes, all of us are. We learn stereotypes are part of our socialization into communities. Some people are tempted to dismiss racial stereotypes as a sign of ignorance, however, watching the news can expose people to stereotypes. In fact, research conducted by John Shaver at the University of Otago in New Zealand suggests, “every hour that anybody watches more news, the more prejudiced they become.” Beverly Daniel Tatum, other of numerous books on the impact of ideas about race on human development, likens racism and stereotypes to “smog in the air” that we take in as we breathe.

Educators need to help their students recognize how stereotypes are used – intentionally and unintentionally –  by politicians, peers, and the press.  Below are 6 resources that will help.

If you’re interested in exploring this topic more, check out Share My Lesson’s free webinar with Adam Strom: Helping Students Understand and Respond to Anti-Immigrant Prejudice

Adam Strom is the Director of Re-Imagining Migration, an organization whose mission is to ensure that all young people grow up understanding migration as a fundamental characteristic of the human condition, in order to develop the knowledge, empathy and mindsets that sustain inclusive and welcoming communities. The educational resources developed under Strom’s direction have been used in tens of thousands of classrooms and experienced by millions of students around the world including Stories of Identity: Religion, Migration, and Belonging in a Changing World and What Do We Do with a Difference? France and The Debate Over Headscarves in Schools, Identity, and Belonging in a Changing Great Britain, and the viewer’s guide to I Learn America. Before joining helping to found Re-Imagining Migration, Strom was the Director of Scholarship and Innovation at Facing History and Ourselves.