Jamal Khashoggi’s legacy and freedom of the press 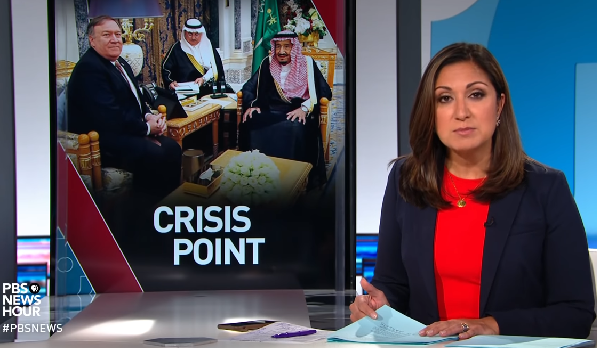 Summary: On Oct. 2, Jamal Khashoggi, a Saudi Arabian journalist and permanent resident of the United States, visited the Saudi consulate in Istanbul, Turkey, to pick up documents for his upcoming wedding. While inside, Khashoggi was brutally murdered by Saudi agents, according to Turkish officials. Khashoggi had moved to the U.S. in 2017, and worked for the Washington Post. He was a well-known critic of Saudi Crown Prince Mohammed bin Salman’s (MBS) harsh treatment of journalists and the regime’s role in Yemen’s civil war. For several days, President Donald Trump urged the public not to pass judgment on Saudi Arabia, a long-time ally of the U.S., until the facts were known. Trump’s reaction led to criticism from abroad and inside the U.S., since America has long been viewed as a key protector of human rights and freedom of the press. On Oct. 20, Saudi state television confirmed Khashoggi’s death and announced 18 Saudi officials had been detained in connection with the incident. Saudi’s MBS denies he ordered or knew anything about the killing.

1. Essential question: How should the U.S. respond to governments who jail or kill journalists?

3. Do you think President Trump’s response to Khashoggi’s murder has been sufficient? Explain.

4. The government of Saudi Arabia is conducting their own investigation into Khashoggi’s murder. What do they need to do to ensure that their investigation is fair?

5. Should the U.S. sanction Saudi Arabia in response to Khashoggi’s murder even if it means losing hundreds of billions of dollars Saudi was planning to spend on weapons sales to the U.S.? Explain your response.

In this lesson, students will learn about the First Amendment, the Supreme Court’s power of judicial review, and the Espionage Act. The First Amendment is the first article of the Bill of Rights

The worksheet is based off an October 2017 talk by Council on Foreign Relations senior fellow Steven A. Cook at Carnegie Council for Ethics in International Affairs. He spoke about the changes in the Middle East and North Africa since 2011 as detailed in his book False Dawn: Protest Democracy and Violence in the New Middle East.

Political ideologies such as democracy, socialism, and fascism have flexible definitions that can depend on the government you are describing, the point in history, and the person who is...

The United States’ role in the world has been a source of debate throughout the nation’s history.  As the US has experienced growth and development in its global influence, unparalleled economic...