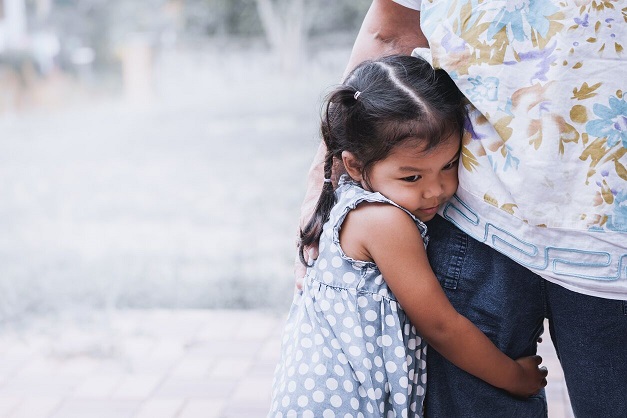 Resources for Talking and Teaching about Immigrant Family Separations

On May 7, 2018, Attorney General Jeff Sessions announced of what he called “ a “zero tolerance” policy for illegal entry on our Southwest border.” Session’s explained, “If you are smuggling a child, then we will prosecute you and that child will be separated from you.” Sessions and others in the administration defend the controversial policy, arguing that such actions are legal and serve as deterrents that will cause people to think twice before attempting to cross the U.S. border.  In response, critics have argued that Session’s description of parents smuggling their own children is offensive, some have countered that many of those parents are fleeing violence in search of safety for their families. It is unclear how many families have been affected by these actions, however, one particular case, the suicide of Marco Antonio Muñoz in a Texas jail, a Honduran immigrant who was separated from his wife and child, has come to symbolize the grief felt by some immigrant parents.

After days of intense media coverage, political and public pressure, President Trump signed an executive order on June 20, 2018 that puts an end to immigrant family separations. It reads, in part:

“It is the policy of this Administration to rigorously enforce our immigration laws.  Under our laws, the only legal way for an alien to enter this country is at a designated port of entry at an appropriate time.  When an alien enters or attempts to enter the country anywhere else, that alien has committed at least the crime of improper entry and is subject to a fine or imprisonment under section 1325(a) of title 8, United States Code…It is also the policy of this Administration to maintain family unity, including by detaining alien families together where appropriate and consistent with law and available resources.”

On June 26, a Federal Judge ruled that the U.S. government had to work to reunite families immediately. CNN reported:

A January 2019 report from the Office of Inspector General (OIG) at the Department of Health and Human Services (HHS) finds that many family separations were happening before the “zero-tolerance policy” was passed and some have continued happening after the policy ended. Additionally, the report concludes that the number of children separated from families is unknown since no proper system of documentation existed.

An explanation of the full report on PBS NewsHour by Amna Nawaz can be found here.

We have collected a series of reliable sources to help you talk and teach about this important civic issue:

This is a very sensitive topic that raises powerful emotions for many people. Before introducing this subject, make sure you know your students. Might any of them have friends and family that are personally impacted by this decision? Might any of them have family experiences that might make them particularly sensitive to the discussion? If so, find appropriate ways to check in with them before, during, and after class. As an educator, relationships matter.

As with any potentially challenging or controversial discussion, either create or review your classroom contract. It helps for students to be reminded of classroom norms.

Is your goal to inform, to discuss and reflect upon a critical civic issue, is it to debate policy? Is this a news literacy activity? The desired result should align with the kind of activities you use with students.

As you read about the immigrant family separations, what words, images, and phrases stuck out for you? Educators might consider creating a graffiti board or a word cloud to capture the various perspectives.

According to CASEL, social awareness is a core competency of social and emotional learning or SEL. They define it as “[t]he ability to take the perspective of and empathize with others, including those from diverse backgrounds and cultures.” Make sure you allow time for students to hear both the multiple perspectives from the various news sources and also the perspectives of their peers. Below are two strategies you might find helpful:

Reflective learning communities find ways to acknowledge what we learn by being in conversation with each other.

If you were to create an iceberg diagram (following Facing History’s teaching strategy), with the immigrant family separations above the surface of the water, what would be below? What issues, words, ideas, and values are coming together to shape events and influence the choices people are making in response?

As a way to better understand the perspective of anyone mentioned in the sources you are using, consider using Project Zero’s Step in – Step out – Step back thinking routine.

After discussing the issues involved, have students consider the significance of the stories of immigrant family separations. We love Project Zero’s “Three Why’s” thinking routine as a way to facilitate reflection.

Recognizing that discussing current and controversial events is a proven practice in civic education, consider ways to move your students from being passive learners to taking some sort of action. You might ask students to facilitate a discussion about the topic with the adults in their lives or to write a two-minute speech or to create a poster meant to educate others about their perspective.  You might encourage students to interview their peers to see what they know about the topic or to understand their perspectives.